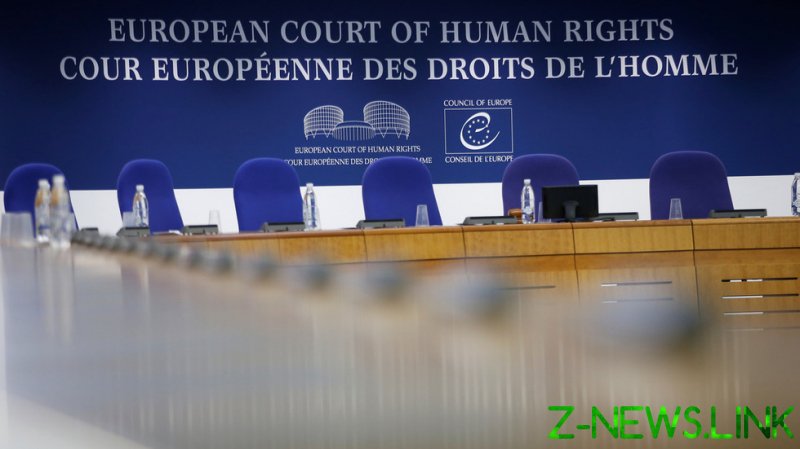 This is hardly unique to Moscow. The British government, for instance, has also displayed some decided annoyance with the European Court of Human Rights (ECtHR). But Russia gets hit more often by the court than any other country, resulting in growing frustration at the highest levels.

Two recent ECtHR verdicts have thrown oil on the fire. In the first, the court declared that it had no jurisdiction to make judgements about events during Russia’s 2008 conflict with Georgia, but did find that Russia had committed various human rights violations in the war’s aftermath. And in the second, the ECtHR ordered Russia to release opposition activist Alexey Navalny on the grounds that the Russian authorities could not guarantee his health and safety while in prison.

Decisions of the ECtHR are binding on members of the Council of Europe, an organization set up in 1949 to uphold human rights and the rule of law in Europe. This now has 47 members, including the Russian Federation. Irritated by the court’s judgements, many political and legal commentators in Russia have been arguing for some time that Russia ought to quit the Council and remove itself from the ECtHR’s jurisdiction.

So far, senior officials have avoided allying themselves with this suggestion. Now, however, Pyotr Tolstoy, vice speaker of the lower house of the Russian parliament, the State Duma, has stated that if the Council of Europe takes action to enforce the court’s ruling about Navalny, “the first thing we should do is… reconsider our role in this organization… the second… is leave.”

Underlying this threat is a sense that the ECtHR is biased against Russia. Superficially, statistics of the court’s judgements seem to bear this out. In 2020, the ECtHR issued 185 judgements concerning Russia, of which 173 found at least one violation by Russia of the European Convention on Human Rights, most of which related to breaches of the ‘right to security and liberty’ or the ‘right to a fair trial’.

This is in line with the overall number of applications to the court by people seeking justice. In 2020, 22 percent of these concerned Russia, 19 percent Turkey, and 16.8 percent Ukraine. It does seem that Russia is being picked out for specific rebuke.

But when you look at the statistics in more detail, a somewhat different picture emerges. While it is true that the court made 173 judgements against Russia in 2020, it received 13,650 applications, nearly all of which were dismissed at a very early stage in the process. Overall, this means that the ECtHR found against Russia in a mere 1.3 percent of the cases brought to its attention. This is hardly indicative of some particular vindictiveness towards Russia.

Moreover, the 82 judgements against Ukraine indicate that, if anything, the court is more hostile to Ukraine, given that Ukraine’s population is about one quarter that of Russia. Proportional to population, Ukraine suffers more negative judgements. Yet Ukraine is meant to be a friend of the West. This would suggest that the ECtHR is not some tool of Western states targeted at its enemies.

As for the judgement about Navalny, this was what is called an ‘interim measure’ – i.e. a measure that the ECtHR demands that a state takes on a temporary basis while the court examines the issue further, normally due to some sense of urgency (e.g. due to an alleged threat to someone’s security). In 2020, the court accepted 36 applications for interim measures in Russia, but rejected 45. Meanwhile, it accepted 53 such measures for Azerbaijan, and a whopping 95 for Greece. Again, it doesn’t seem like Russia is being singled out.

Instead, the large number of judgements against Russia is a consequence of the large number of applications by Russian citizens for redress from the court, and therefore of the perception of a large number of Russians that their human rights have been violated. In short, it’s a product of the nature of the rule of law in Russia, not of some effort by European states to interfere in Russian internal affairs.

Every state is, of course, irritated when an outside body condemns it for behaving badly. Most, though, have learnt to accept it, either out of some ideological commitment to human rights or because of an understanding that it can be useful to have some external form of accountability which holds state officials in check. The problem with a number of Russian leaders, throughout history, is that they have tended to want to make their subordinates accountable to the law, while at the same time not wanting the same accountability to apply to themselves.

Catherine the Great, for instance, affirmed her desire to create a law-based state, but lost her temper whenever her personal secretary, Gavriil Derzhavin reminded her of this commitment. “She ruled the state and administration of law more according to politics and her ambition than sacred justice,” Derzhavin complained. In a similar way, future Tsars and Soviet leaders notionally committed themselves to the concept of a legal order, while simultaneously excluding themselves from it.

In recent years, modern-day Russia has shown occasional signs of moving in the same direction, with its Constitutional Court declaring that the Russian constitution takes precedence over decisions of the ECtHR. This principle has now been enshrined in the constitution itself. So far, though, Russian President Vladimir Putin has resisted demands that he take the Russian Federation out of the European Council. In doing so, he has maintained the principle that the Russian state is accountable to some higher power for what it does.

This is to be welcomed – the rule of law should apply to all, including the state itself. Many Russian citizens have benefitted from having their rights affirmed by the ECtHR. Russia itself is better off for it. It would be a shame if it were to walk away in a fit of spite.