Home / policy / Russian weapons of the future are already being tested

In the Russian defense industry reported new successes in work on prototypes of the latest electromagnetic guns. Now they can shoot 10 times farther, almost instantly hitting targets both on the ground and in the air – a real “weapons of the future”. 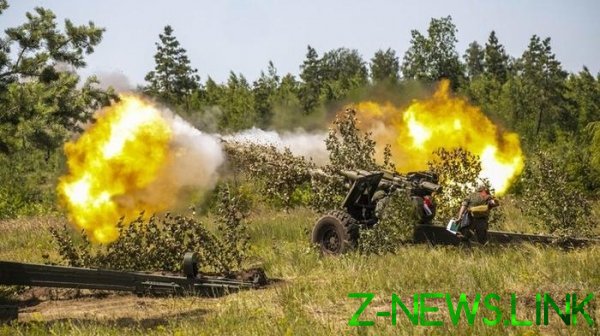 Range of defeat of the Russian electromagnetic guns brought up to 10 kilometers, which is 10 times more of the original characteristics of the weapon. In the Russian defense industry said that the average effective firing range now is around 7-8 kilometers, and 10 kilometers is the maximum at the moment the value.

According to a source in the military-industrial complex quoted by the TASS news Agency, Russia is testing the latest electromagnetic weapons from 2015. This spring was held the next successful field of fire.

The principle of operation of such guns is the destruction of electronic components of various equipment, due to which it breaks down. Using electromagnetic weapons to destroy drones and various ground equipment, explained by experts. According to them, the shot lasts a few milliseconds, and the objectives are achieved almost instantly.

Tests of these guns began in Russia in 2015. Shot EMP weapons hits the target instantly, burning all the electronic components and radio equipment of enemy vehicles (in contrast to electronic warfare systems, electronics that suppress the enemy but not disabling).

The development of weapons of this type have long maintained, and abroad – in USA, Israel, Germany, France, China and other countries. But, according to official reports from abroad, and according to the Russian military-technical intelligence on a range, as the new Russian AMY cannon, there is not yet any “hits” no weapon of the same type.