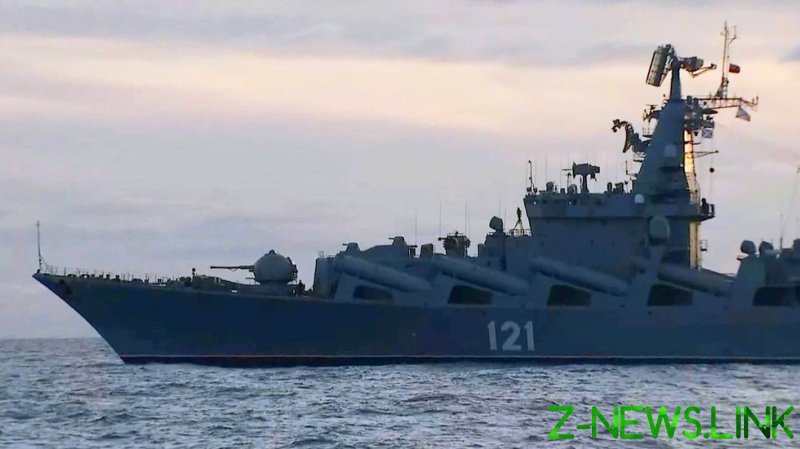 The entire crew of the missile cruiser ‘Moskva’ was evacuated after an ammunition explosion caused by a fire, the Russian Defense Ministry said in a statement cited by Russian media on Wednesday night. The cruiser suffered “serious damage,” the Russian military said, adding that the cause of the fire was under investigation.

The Slava-class missile cruiser, launched in 1979, is armed with 16 anti-ship missiles and many more air defense missiles, torpedoes and guns. It is part of the Black Sea fleet, and has been engaged in operations off the coast of Ukraine since February.

Ukrainian officials on Wednesday evening claimed that a battery of their Neptune anti-ship missiles hidden in Odessa had successfully struck the Moskva twice, setting the cruiser ablaze. Among those making the claim were Maksim Marchenko, head of the military administration in Odessa, and Anton Gerashchenko, adviser to the Interior Ministry in Kiev.

They did not provide any evidence for their claims, however. One Ukrainian Telegram channel reportedly posted – then deleted – a photo of an Iranian vessel that caught fire and sank in the Gulf of Oman last year. 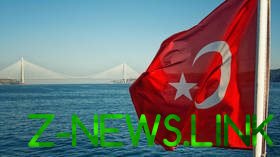 The alleged strike against Moskva comes just a day after Ukraine released a postage stamp depicting the – fictional – “Snake Island” incident in which 13 Ukrainian soldiers supposedly cursed out that very ship before heroically dying. In reality, 82 servicemen surrendered to the Russian Navy without a fight, and there was no proof the alleged exchange ever took place.

Ukraine also claimed to have destroyed Vasily Bykov, another ship involved in the taking of Snake Island. Ukrainian media announced on March 7 that a volley of artillery rockets hit and sank the Bykov, after two speedboats baited into a trap – only for the ship to show up in Sevastopol on March 16, unharmed.