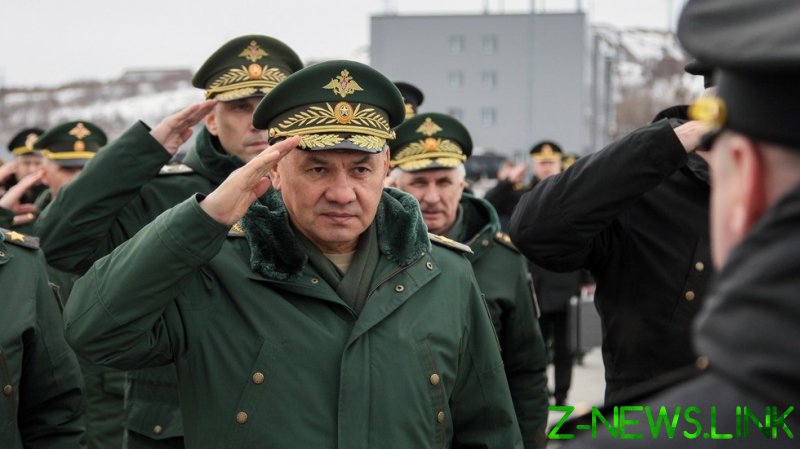 After paying a visit to the soldiers, Defense Minister Sergey Shoigu told journalists that the personnel met the standards required for the situation. “The troops have shown full readiness and ability to fulfill the tasks of ensuring the country’s military security,” he said. “Currently, these associations and formations are engaged in drills and exercises.”

Shoigu said that the redeployments had taken place “in response to the military activity of the alliance that threatens Russia.” The move comes amid escalating tension with the US-led NATO bloc and after bloody fighting in eastern Ukraine between Kiev’s forces and two breakaway republics.

The politician added that “Washington’s troops are being transferred from the continental parts of North America across the Atlantic to Europe, and these troops are moving through Europe to the Russian borders. The main forces are concentrated in the Black Sea and the Baltic region.”

At the same time, the minister said a new frontier was opening in the conflict between Russia and the West in the frozen far north. “To strengthen the defense capability of the Russian Federation and protect its national interests in the Arctic,” he said, “the Ministry of Defense is systematically working to increase the combat capabilities of the Northern Fleet.”

Last week, Moscow’s diplomats revealed they had held emergency talks with counterparts in Washington as part of efforts to avoid further escalation. “We have had contact with the US administration on the situation in the Donbass, and we have exhaustively explained to their side what is happening,” Foreign Minister Sergey Lavrov said at the time. He claimed that Western rhetoric over Ukraine is increasingly belligerent in tone, and that “Washington should be concerned about the consequences of this coordinated policy.”

The Kremlin has previously described the situation in the region as “frightening,” with spokesman Dmitry Peskov adding that “not just one, but many, provocations by the Ukrainian Armed Forces are taking place.”

The US, however, has highlighted “credible” reports of Russian troops massing on the border with Ukraine, and State Department spokesman Ned Price issued a “call on Russia to refrain from escalatory actions.”

In a decision widely perceived as a show of support for Kiev, Washington has dispatched two naval vessels to the sensitive Black Sea region, off the coast of both Ukraine and Russia. Envoys from Turkey, which controls access to the inland waters, say they “were notified through diplomatic channels 15 days ago that two US warships would enter the Black Sea. The ships will remain there until 4 May.”

An adviser to Ukrainian President Volodymyr Zelensky also used talks at the beginning of April to request Western support for “joint activities, including military exercises between Ukraine and NATO.” These activities, it added “should include land, naval and air components. In addition, it is advisable to increase the level of combat readiness of troops in NATO countries bordering Ukraine.”

Andrey Rudenko, Russia’s deputy foreign minister, has denied that Moscow has anything to gain from increased tensions. “I am sure that all the talk about some upcoming conflict between Ukraine and Russia is an example of another fake spread primarily by the Ukrainian authorities,” he said. “Russia is not interested in any conflict with Ukraine, let alone a military one.”