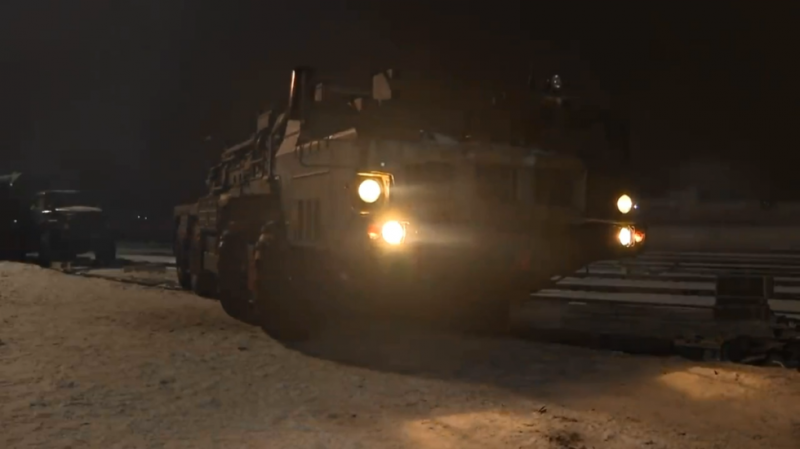 The buildup of Russian forces in Belarus is the largest number stationed in the country since the end of the Cold War, NATO Secretary General Jens Stoltenberg claimed on Thursday.

Significant numbers of troops have been deployed to Belarus in the last few weeks, which Stoltenberg has described as the highest concentration of Russian soldiers seen in the area for decades. Among the deployed weaponry are S-400 air defense systems and Iskander mobile short-range ballistic missile systems, as well as fighter jets. 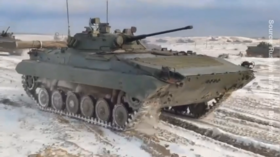 The sudden increase of the Russian troop presence in Belarus coincides with the upcoming ‘Union Resolve 2022’ drills, joint exercises which will see soldiers from both countries working together from February 10. NATO views this operation as warfare activity, particularly since Russia will not disclose the precise number of troops it has deployed, with Moscow claiming they will be removed when the drills end on February 20. On Thursday, Russian Defense Minister Sergey Shoigu arrived at the training site for inspections, a week before exercises are due to start.

Union Resolve 2022 comes as tensions on the Russian border remain high, with Moscow accused of massing soldiers and military hardware near Ukraine. This, according to NATO, combined with the buildup of soldiers in Belarus, is a serious cause for concern. The US-led bloc has repeatedly called for Moscow to de-escalate.

In his statement, Stoltenberg also expressed NATO’s intent to pursue a diplomatic dialogue to solve disagreements between the bloc and Russia, specifically issues surrounding disarmament and arms control, insisting that it is “committed to a political solution to the crisis.”

A day prior, the secretary general welcomed the decision of the US to deploy additional forces to Europe, despite him repeatedly calling for de-escalation on the Russian side. The shipping of 3,000 extra troops to bases in Poland, Germany, and Romania was slammed by the Kremlin as proof that the US is “continuing to pump up tension.” According to Washington, the US has also placed an additional 8,500 troops on high alert.