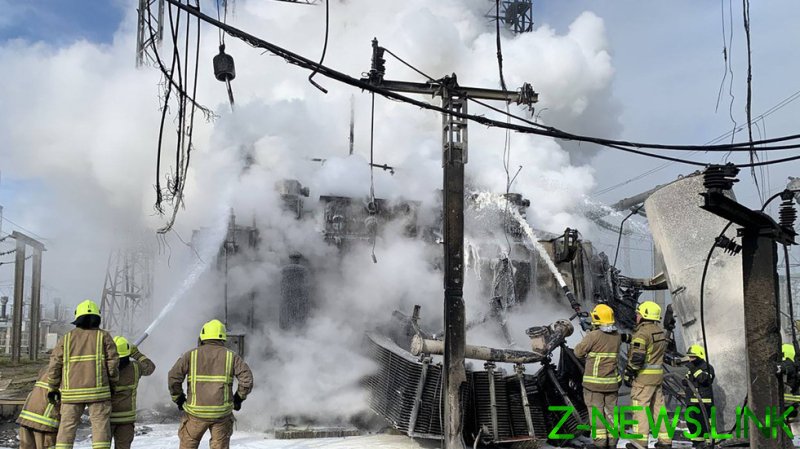 Russian precision attacks against Ukrainian infrastructure are a necessary response to Ukrainian sabotage on Russian soil, including the bombing of the Crimean Bridge, President Vladimir Putin has told German Chancellor Olaf Scholz.

The two leaders spoke on the phone on Friday at Berlin’s request, according to a statement released by the Kremlin. Putin explained the logic behind Russia’s military operation against Ukraine and stated that the Western policy of arming and training Ukrainian troops was “destructive,” according to the readout.

“It was noted that the Russian Armed Forces had been refraining from conducting precision missile strikes on certain targets in the Ukrainian territory for a long time, but now such measures have become necessary and unavoidable as a reaction to Kiev’s provocative attacks on Russian civilian infrastructure, including the Crimean Bridge and energy facilities,” the Kremlin said.

The “terrorist attack” against the Nord Stream undersea pipelines “stands in the same category” and requires a transparent investigation that would include Russia, Putin told the German leader.

Scholz’s office said the conversation lasted for about an hour and that the “chancellor condemned the Russian airstrikes against civilian infrastructure in Ukraine and stressed Germany’s determination to support” Kiev.

Russia changed its military tactics in Ukraine days after a powerful bomb damaged the Crimean Bridge in early October. Russian investigators accused Ukrainian military intelligence of masterminding the attack, which killed three people, including the driver of the truck that carried the disguised bomb.

The blasts that damaged the two undersea Nord Stream pipelines happened in late September, severing links that would have enabled Germany to receive natural gas directly from Russia.

Moscow said the obvious beneficiary of the sabotage was the US, which had long sought to force Berlin to reduce its energy trade with Russia and replace Russian fuel with more expensive liquified natural gas produced by American companies.