Russian spy chief hints SolarWinds cyberhack on US government may have been done by Western agencies, denies Moscow’s involvement 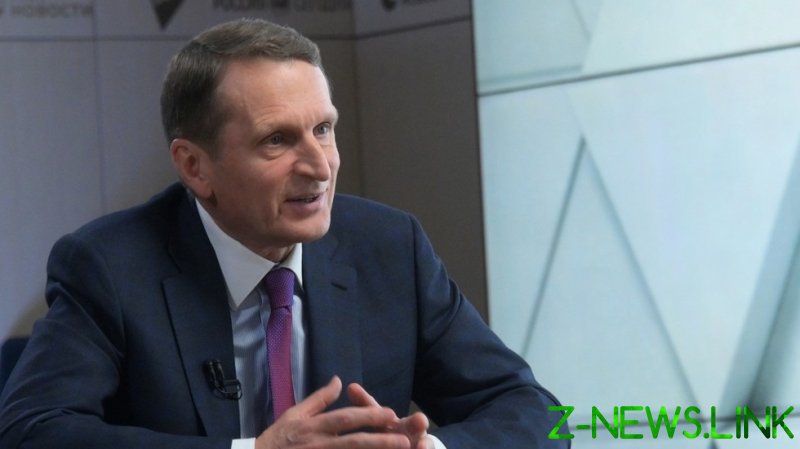 In an interview with British state-broadcaster the BBC, published on Tuesday, the spy chief also revealed that his agency had resumed correspondence with London’s MI6, and noted that he hoped to meet face to face with his British counterpart.

When asked about the SolarWinds attack, Naryshkin denied his agency had been behind the hackings it was accused of, as well as poisonings and interference in elections. He branded the accusations as so “absurd” and “pathetic” they were not worth talking about.

“Regarding these accusations that have been leveled against us publicly, that’s right – Russia is not involved,” he asserted.

Naryshkin said the accusations about the SolarWinds hack were “flattering,” but he could not take the credit for other people’s work.

The hack, which was revealed by US authorities in late 2020, was a major cyberattack that targeted many parts of the American government by exploiting bugs in various computer programs to steal mass amounts of data, including emails and other documents. The US is holding Moscow responsible for the incident and has imposed sanctions.

Although the spy chief didn’t directly blame the West, Naryshkin noted that the attack could have been carried out by any number of other countries, such as Britain, or even by the Americans themselves. In particular, he noted the information leaked by former computer intelligence consultant Edward Snowden, which revealed that Western intelligence agencies use secret partnerships with leading technology companies to insert vulnerabilities into commercial software.

“We looked into who might be behind all of this,” Naryshkin explained. “I don’t want to assert that this cyberattack was carried out by a US agency, but the tactics are similar.”

Naryshkin has been the head of the SVR since 2016. Before that, he had leading roles within both the presidential administration and the State Duma. He has been sanctioned by the US since 2014.