Home / WORLD / Russian Sputnik V vaccine at least 95% effective say its creators, but vaccination won’t be mandatory, and Putin hasn’t had it yet

Russian Sputnik V vaccine at least 95% effective say its creators, but vaccination won’t be mandatory, and Putin hasn’t had it yet 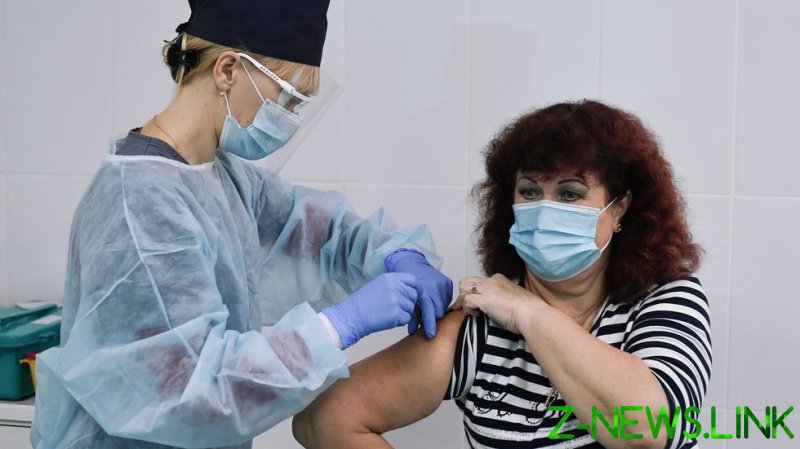 In a second interim analysis of data, Moscow’s Gamaleya Center, which developed the formula, claimed on Tuesday that more than 95 percent of those who received it achieved immunity to Covid-19.

This is based on close to 20,000 volunteers who were given two doses in a Phase Three double-blind, randomized trial, and is an increase on previous estimates that its success rate was around or above 90 per cent.

At the same time, Deputy Prime Minister Tatyana Golikova announced on Tuesday that a programme of mass vaccination would begin in the country, starting early next year. Already, she said, the “vaccination of at-risk groups – medical staff and teachers” has begun.

Golikova went on to refute claims that the public would be required to be vaccinated by law, saying the rollout would take place “in accordance with the legislation of the Russian Federation, [and] vaccination is voluntary.”

President Vladimir Putin’s spokesman also told reporters on Tuesday that the country’s leader has not yet been given a jab. Dmitry Peskov said that the president would wait his turn, as “We have not yet begun widespread vaccination, and as a volunteer, of course, the head of state cannot take part in vaccination. Just because he is head of state, he cannot participate as a volunteer – this is impossible.”

More than 117,000 doses of Sputnik V have already been made available, and plans are underway to deliver more than two million before the end of the year. In addition, another formula, the Siberian-made EpiVacCorona, is also under development by the Chumakov Scientific Center, with clinical trials set to be completed by the new year. A number of deals have also been struck with countries like India, Brazil, China and South Korea to manufacture vials for export.

Golikova also named the regions most affected by a recent rise in cases of the virus. Crimea, Mordovia, the Komi Republic and St Petersburg are all reporting that more than 90 percent of available hospital beds are currently occupied. Although the rise in infections has levelled off in 29 federal subjects, it continues unabated in 19, according to the deputy prime minister.