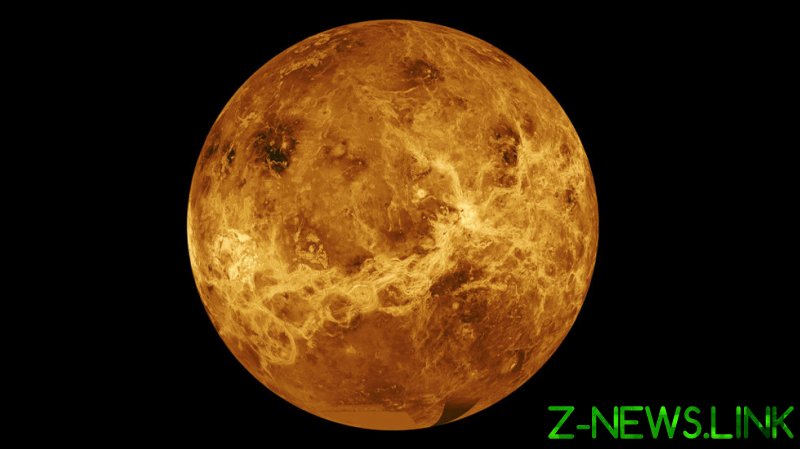 Speaking to the TASS news agency, the scientific director of the Institute of Space Research Lev Zeleny explained that the vessel will first be launched in 2029, if everything runs on schedule.

“The technical design of the project has begun,” he said, after a meeting between the Russian Academy of Sciences and Russian space agency Roscosmos.

Russia’s Venus program is planned to involve at least three separate missions, with Venera-D being the first. The orbital station will study the planet’s surface, atmosphere, internal structure, and the surrounding plasma.

Following this will be two further journeys in 2031 and 2034. The last one will bring samples of the atmosphere and possibly soil back to Earth.

Last September, Roscosmos revealed that the mission would be conducted as an “independent national project without extensive involvement of international cooperation,” despite an initial willingness to join together with NASA.

The last time Moscow conducted extensive research on Venus was during the time of the Soviet Union, when the unmanned Venus-7 became the first spacecraft to soft-land on the planet and transmit data back to Earth.

Last year, Roscosmos chief Dmitry Rogozin made headlines after calling Venus a “Russian planet,” noting that the USSR made the most significant strides in investigating the second planet from the sun.

“Our country was the first and only on Venus. Our equipment was there, and it conducted research. In general, it is a living hell,” Rogozin said. “Missions to Venus are a part of the government’s program of Russia’s space exploration for 2021-2030.”

While a priority for Moscow, Venus is relatively low down the list for most space-exploring nations. Although a similar size to Earth, it has an atmosphere of 97% carbon dioxide and an average temperature of 464 degrees, which is not conducive to life.

Last summer, scientists at Cardiff University in the UK published a paper hypothesizing that Venus’ clouds may be inhabited by living organisms. The researchers found phosphine gas in the planet’s atmosphere, a substance which on Earth is associated with life. As things stand, the gas remains unexplained.