Russian shipowners have suspended the transportation of goods in Ukraine 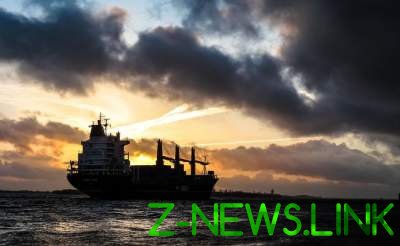 During the summer river navigation of Russian vessels are carrying petroleum products from Turkmenistan.

Russian shipowners have suspended freight traffic in Ukraine after the tanker under the flag of the Russian Federation was detained in the port of Kherson due to sanctions by Kiev against Moscow.

The Agency says that the data tracking system for the courts indicate that some Russian ships, the owners of which are not under sanctions, still followed in Ukrainian ports.

At the same time, industry sources say that the number of Russian ship owners, even if they are not under sanctions, suspend the transportation to Ukraine for fear of losing his load.

See also:  Named the major importer of automobiles to Ukraine

“Of course, we’re not going to Ukraine, we have suspended transportation at the moment. If need be, we will look for other directions (for transportation),” said one of the sources in the shipping industry.

It is noted that during the summer river navigation of Russian vessels are carrying petroleum products from Turkmenistan and partly through Russian inland waterways, following then through the sea of Azov to Ukrainian ports of Odessa, Kherson and Nikolayev.

See also:  Ukrainians want to offer a new way of repayment of debt for utility services

The Russian ships also transport exported from Ukraine the sunflower oil, and these operations were also suspended, according to sources.

Recall that in may 2018 the representation of the President of Ukraine included more than 700 companies, mainly Russian in their list of sanctions, which States that these organizations, including banks, transportation, media and defence companies, are forbidden to engage in trade in Ukraine and their assets in Ukraine will be blocked.