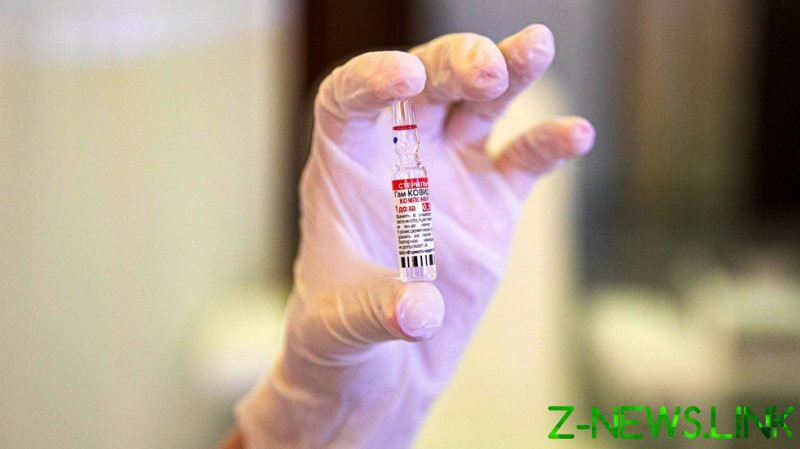 Alexander Gintzburg, who heads up Moscow’s Gamaleya Institute, told Interfax on Thursday that a modified version of Sputnik V had been created. “There is already a vaccine design in the refrigerator,” the scientist revealed.

However, he said, despite a number of researchers and pharmaceutical companies showing interest in including the variant’s genetic makeup in their formulas, “nobody can say up front whether it will work better against the strain.”

A record-breaking spike in Covid-19 deaths across Russia in recent weeks has been attributed to the Delta form of the virus. “Now [the cases] are 100% Delta,” Gintzburg declared. He added that there is still the possibility of “other mutations” giving rise to more dangerous variants. However, the academic said, “I’m speaking in hypothetical terms because nobody ever – apart from God and Charles Darwin – knows how evolution will go.”

More than 800 people have been recorded as dying from coronavirus each day since the start of July. While there has been a dip in the number of positive tests, fatalities have continued to increase. This has given rise to the fear that infections are more frequently leading to death than was the case with the original strain of the virus.

Moscow and a number of other regions announced stringent new rules to deal with a rise in new cases in June, requiring punters to show proof of vaccination before setting foot in a bar, cafe or restaurant. These rules were relaxed within a matter of weeks, with businesses expressing concern over falling footfall. However, requirements for public-facing staff in industries like hospitality, transport and leisure to be vaccinated against Covid-19 have remained in place. Employees who refuse can be sent home indefinitely without pay.