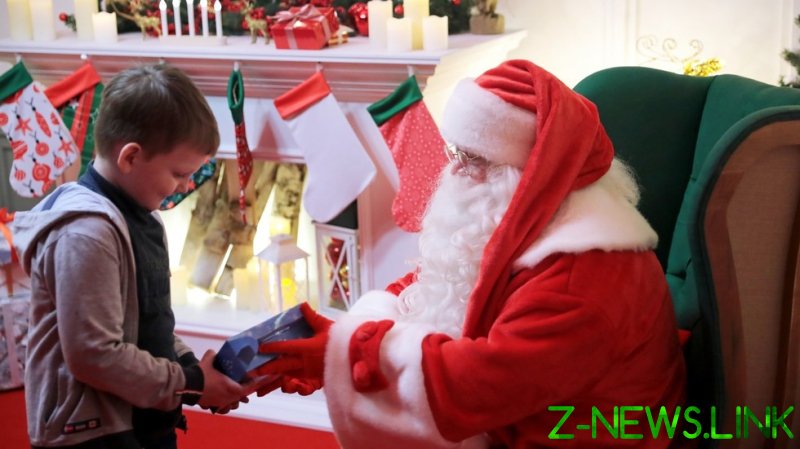 On Sunday, officials in Veliky Ustyug, the fabled hometown of the bearded bringer of joy, warned that adults who want to tell him their wishes for the festive season will have to show a QR-code proving their immunization status, or a negative PCR test taken within 72 hours. The region acts as a base for Ded Moroz, before he packs up his sleigh and embarks on a tour of more than 30 Russian cities.

Minors are still allowed to see the kindly old man without a pass, although the usual children’s excursions organized around Veliky Ustyug were cancelled this year, citing the worsening epidemiological situation.

A number of regions have introduced rules requiring attendees at mass events to show proof of vaccination, as the country grapples with weeks of rising record daily deaths. A proposed law being considered by the country’s parliament which may come into effect in February would see people require Covid passes to enter stores, cultural venues, and cafes until June 2022. The measures, which still need to be approved by lawmakers, would be among the strictest Covid measures in the world.

Earlier this month, officials in Moscow said that traditional festive celebrations around a giant Christmas tree on Red Square would be cancelled for the second year in a row, with children banned from the event and told to watch a pre-planned performance on screen at home instead.

In 2020, the capital marked a quieter holiday period, after a ban was imposed on large-scale markets and mass gatherings. Bars, restaurants, and cafes were also subject to an 11pm curfew, and attendees were required to take a coronavirus test prior to being let into public spaces and hotels.