Home / economy / Russian raw materials will only work in the West, not bothered on Russia

Russian raw materials will only work in the West, not bothered on Russia 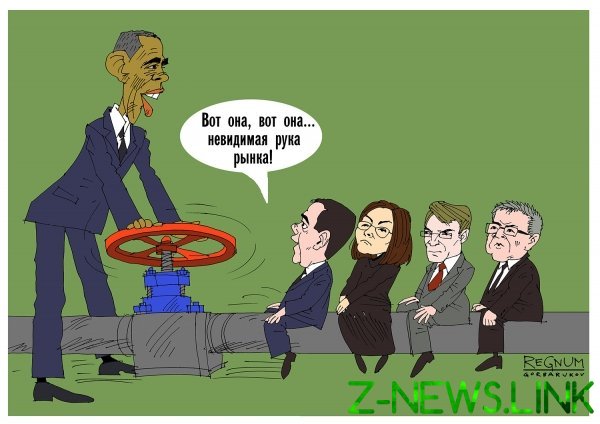 “Gasoline will soon begin to carry from Germany – cheaper”: Delyagin explained why life in Russia make it impossible

Director of the Institute of globalization problems Mikhail Delyagin said on the conversation with Constantinople forecast associate Professor, faculty of Finance and banking, Ranepa Sergey Rouslan about the upsurge in gasoline prices to $ 120 and explained why Russia will soon have to import their own fuel from Germany – it is cheaper.

Delyagin first stressed that there is a significant difference between the growth in gasoline prices faster than inflation and the rise in petrol prices to 120 rubles per liter, even in an uncertain next few years.

“I congratulate the Russian public service Academy with such outstanding professionals. And I congratulate us, because those who teach people like this gentleman, they will to control us. Certainly, from 1 July there will be a sharp jump in gasoline prices. It is entirely caused by government policy, the so-called tax maneuver, which is impossible to explain anything else except the desire to make life in Russia is impossible” – began Delyagin.

According to him, now the state raises the severance tax, increases in excise taxes, but reduces the export duty down to zero.

“That is, as if the logic is that the Russians shouldn’t consume valuable raw materials which should go to other, more civilized peoples. Other logic is just not there. To make oil and petroleum products prohibitively expensive in Russia, so they went to the same Germany. Practically the example of Kazakhstan, where 30 percent of the petrol comes from Russia and it costs more than one and a half times cheaper than us. Thanks to the efforts of the government of Medvedev, 70 percent of the price of gasoline right now is taxes. No need for that”, – the expert emphasizes.

According to him, Prime Minister Dmitry Medvedev managed to achieve incredible results, when, on the one hand, petrol is prohibitive roads, and on the other hand, all refineries of Russia unprofitable.

“This is a model of how the government Medvedev is going to destroy the Russian economy. Since the abolition of the tax maneuver of the question, these liberal freaks are rested, we will have another jump in gasoline prices. Moreover, it will be significant because naturally, all market participants will try to compensate for the losses they incurred in previous months. In the government something unintelligible babble that they have prepared some action, some bills, and wait, when the state Duma will go on vacation, and when the state Duma will go on vacation, they will immediately bring these bills to the state Duma. But the bills will not help here, because we need to abolish tax maneuvers,” – said Delyagin.

According to him, today, the tax maneuver is one of the policy elements of the Russian liberals to bring Russia to mass riots “on the Ukrainian scenario.”

“Our liberals, as far as I can tell, want to seize all the power, because the socio-economic sphere, which Putin identified, to them it is not enough. They gain strength, they grow strong, and they want all the power as a whole, as in a good 90 years. Then “the Yeltsin centre” in each village. Even where there are no hospitals and schools”, – predicts expert.

Returning to the subject of gasoline, Delyagin notes that the price hike three times is impossible, since prices are determined not only costs the producer, but also demand. And at 120 rubles per liter buyers will not be simple.

“Although then export the raw model will be brought to perfection, and the vision of our liberals, the Russian raw materials will only work in the West, not bothered on Russia. And gasoline can be imported from Germany, since it is cheaper there,” – ironically expert.