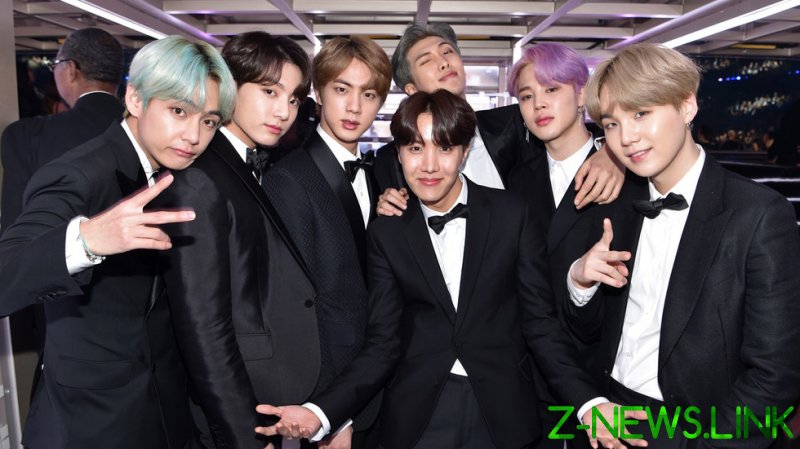 In an Instagram story, published on Tuesday, the owners of the PinkyPop cafe, a hangout in the Ural region with a Korean ‘K-pop’ theme, complained they had been turned away while looking to print merchandise dedicated to their favorite music groups.

“As you know,” the management said, “we very often try and make new greeting cards, print banners, and many other things.” However, their plans hit a roadblock when the company recently “decided to start working with a new printer.”

According to them, “we discussed all the work and details, and placed our first order.” Despite that, “after seeing the photos of the bands BTS and Stray Kids, which they were supposed to print, they began to ignore us.”

When confronted over the delays, the café then published the alleged exchange with the local print-setters on its Instagram, in which the print shop’s owner asked, “Do I understand correctly that these people have a non-traditional orientation? I have seen them – they aren’t hiding their orientation. We won’t be printing this.”

Challenged by the would-be client, he asked whether “you want your children to become perverts?” He went on to say that it was “stupid to support something that may leave you with no grandchildren. We have enough normal clients to be able to choose who to work with and who not to.”

BTS were named in March by the International Federation of the Phonographic Industry as the current biggest-selling recording artists in the world. The group’s online fanbase is known for its fanatical support of the group, to the point that they refer to themselves as “ARMY” (which stands for “Adorable Representatives M.C. for Youth”). There are as many as a million of these digital “soldiers.”

Many of the group’s fans pay credit to their outspoken commitment to causes such as LGBT rights, mental health, and other social issues. Such discussions had long been considered taboo in Korea.

Russia introduced a law in 2013 that banned the “promotion of non-traditional sexual values among minors” as part of a bill the government said would protect children from abuse and ensure family values were not eroded. Defending the measures, the country’s president, Vladimir Putin, argued that the law targets only “gay propaganda,” and had “nothing to do with persecuting individuals for their sexual orientation.”