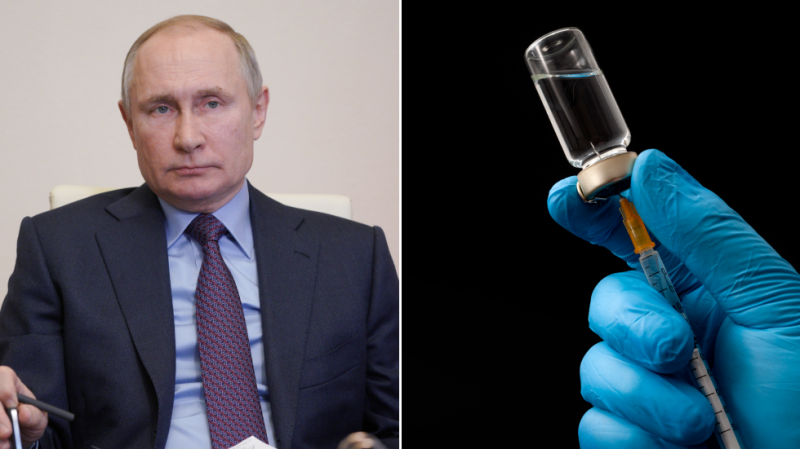 The president, who has been noticeably cautious when it comes to Covid-19, received the jab in Moscow on Tuesday. Putin is “feeling well,” Kremlin spokesman Dmitry Peskov said, adding that the president has a full working day scheduled for Wednesday.

Kremlin has earlier refused to reveal which formula Putin was injected with, noting that Russia has three domestically produced options.

“We’re deliberately not saying which particular vaccine will be administered to the president, stressing that all three Russian shots are perfectly reliable and effective,” Peskov said on Tuesday.

Unlike many world leaders, Putin has opted not to receive the jab on camera, with Peskov noting that the president “doesn’t like” the idea.

If he has received Sputnik V, the domestic vaccine that is best-known, he will be expected to receive the second dose in three weeks.

Produced by Moscow’s Gamaleya Institute, it was the first Covid-19 vaccine in the world to be registered and has since been authorized for use in more than 50 countries. According to trial data, it is 92% effective.

The two other possible options are CoviVac, made by the Chumakov Center, also in the capital, or EpiVacCorona, produced by Siberia’s Vector Center.

While millions of Sputnik V doses have been produced, just 186,000 doses of EpiVacCorona had been made as of last week. According to test results, all volunteers aged from 18 to 60 developed antibodies after receiving the jab. For the over 60s, that figure dropped to 94%.

Unlike Sputnik V, which works by inserting coronavirus particles into a weakened adenovirus to trigger an immune response, EpiVacCorona uses synthesized particles of the virus instead.

The third vaccine, CoviVac, was registered just last month. On Monday, the Chumakov Center’s Director General Aidar Ishmukhametov revealed that 100,000 doses have been made thus far, with plans in place to produce 10 million a year. CoviVac uses a completely different method to both the two other Russian jabs, employing older ‘whole virus vaccine’ technology.