The monster that wakes up once in 23 years, back. There are testimonies of witnesses who observed it in American theaters. And not all of these witnesses were satisfied. Despite the long wait, the status came through a lot of issues that are on your favorite monster in the title role, the film Victor Salvo “Jeepers creepers 3” part of the audience disappointed. Not everyone, of course, a happy, but even among the most ardent of fans, there were those who spat from trikvela.

Recall the synopsis, which to this day hangs in the main movie websites, including on the website of official distributor of”Paradise”:

Trish Jenner is raising a teenage son, whom she named Darry in honor of brother who died in the monstrous claws of the monster. At night trish sees the same nightmare in which her son will meet the same fate as my brother. After all, every 23rd spring wakes up the evil monster of Jeepers creepers and 23 days, spreading terror and fear is roaming the world in search of new victims. The time of awakening approaches…

Not so long ago we posted the official trailer of the picture, marking the emergence of a Creeper on domestic lands. Now, in our network is pleased and localized poster. What’s interesting: the release date on it, a vague set a month. I have the feeling that our distributors can’t be sure exactly when the “creepers” will reach the cinemas.

The premiere date has changed several times, just yesterday we reported that the release will take place earlier than planned, specifically: November 2, 2017. These data gave a reliable resource “film business Today”, the same date is listed now on the “Kinopoisk”. However, on the website of the distributor (suddenly) now in General is 30 November. Another delay? Or somewhere the error crept in? In General, set up just for November, come what may.

UPD: the site of the distributors has again changed the date. Now release announced on November 16. 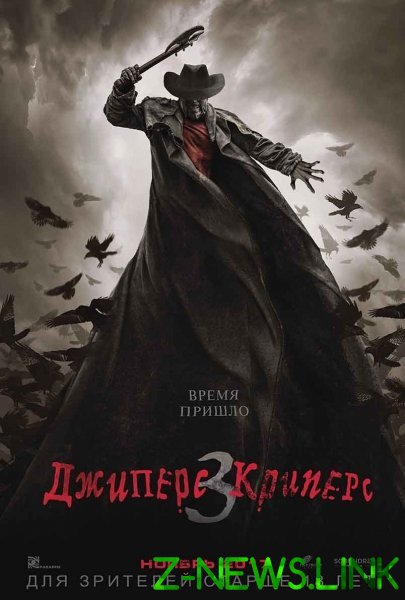