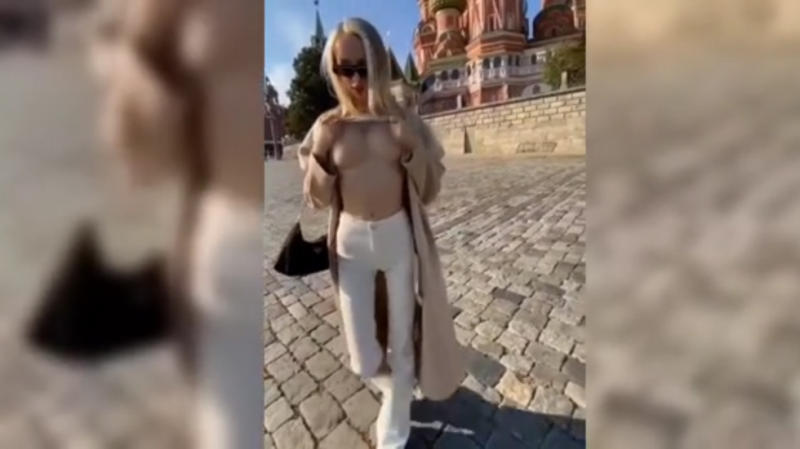 The criminal case against the pornographic model, going under the alias Lola Bunny, was launched by Moscow investigators, TASS reported Saturday citing sources within law enforcement.

The girl is reportedly suspected of showing “open disrespect” toward society and “offending the feelings of believers.” If found guilty, the model, known for her pornographic works at the adult website OnlyFans, may land up to one year behind bars.

The ill-fated saucy video was published earlier this week, promptly going viral. The short clip shows Lola Bunny strolling past the world-famous Orthodox cathedral while showing off her breasts.

The footage quickly sparked outrage among Orthodox Christians, prompting an apology from the model. She said she was sorry for “offending the feelings of believers.”

“I’m very sorry about that,” she wrote on her Instagram, claiming that the video was filmed two or three years ago and was not published by her. Following the outcry, she apparently deleted all her videos and photos and locked the Instagram page.

The apology, however, apparently has not spared Lola Bunny from legal troubles, with the model reportedly targeted by a travel ban, prohibiting her from leaving Moscow while the investigation is ongoing.