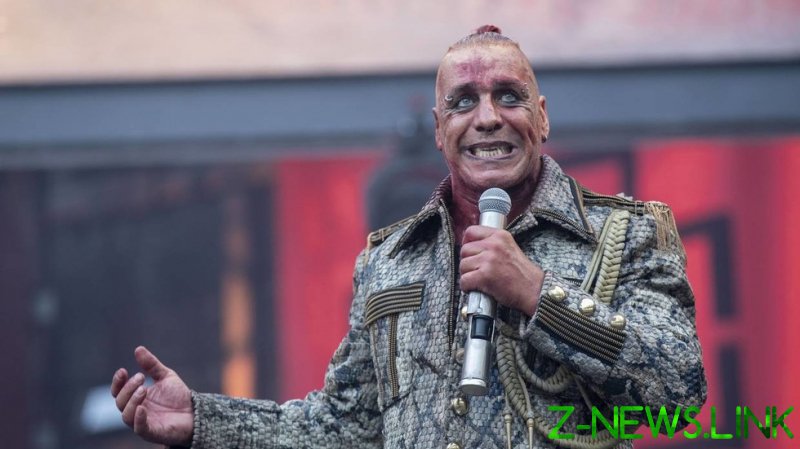 Police late Friday raided the hotel where Rammstein lead vocalist and lyricist Till Lindemann has been staying.

Images shared on social media show uniformed and plainclothes officers inside the hotel lobby, while others are seen speaking with Lindemann in what is thought to be his hotel room.

The musician arrived in Tver Region in central Russia to perform at the ‘MacLarin for Rodina’ festival, organized by agriculture tycoon Maksim Larin. The businessman is a long-standing member of, and former candidate for, the Russian far-right Rodina (Motherland) party. The show was billed as a belated celebration of Larin’s birthday and his company’s 45th anniversary, and came amid a campaign in the run-up to the Russian parliamentary election on September 19.

Multiple reports in Russian media indicate that police notified Lindemann of the need to abide by the Covid-19 restrictions ahead of the planned gig. The current guidelines cap the number of attendees at 500 for public events in the region. Police, however, later clarified that they did not find Lindemann in violation of the law.

Lindemann’s producer, Anar Reiband, however, apparently found himself in legal trouble after the police visit. According to media reports, the producer entered the country as a tourist, but instead was apparently organizing Lindemann’s show in Tver. Reiband is now reportedly facing administrative proceedings for violating the migration rules. If found guilty, he could be fined and deported.

Meanwhile, according to Larin, the festival will have to be scaled back and be held at a venue adjacent to the company’s grounds. He said on social media that Lindemann was unable to carry out a stage rehearsal at the initial venue due to traffic being blocked by police, and will not likely perform at Sunday’s event.

Larin insists the show was organized to celebrate his birthday and has no relation to the upcoming election. He also denied there is any connection between the event and his son’s election campaign. The latter is a candidate for Rodina in the upcoming legislative election.

Shortly before the police operation at Lindemann’s hotel, Larin urged would-be attendees to avoid wearing branded ‘MacLarin for Rodina’ shirts, claiming it could allow the authorities to shut down the event as an unauthorized political gathering.

“It’s irrelevant for [the authorities] that it’s a private party on our land. For them, it only matters that Rodina – is not only Russia, but the Rodina party as well” Larin said, insisting that the name of the ‘festival’ was not a deliberate wordplay on the party’s name.