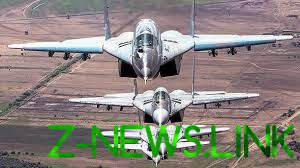 The Russian aircraft were involved in Saturday’s attack on the army of the Syrian dictator al-Assad in the demilitarized zone in the area Buser al-Harira in Syria, in the province of Deraa near the Golan heights.

This was told to news Agency “Reuters” the Syrian rebels that control the area.

The fighting in this area continues, and representatives of the Assad regime said the drone approached Israel’s border, which “scared” today, the Israeli antimissile “Patriot” participated in the battles.

US Ambassador to the UN, Nikki Haley has already said that if Assad will not stop and will continue fighting in the demilitarized zone, the responsibility will be borne by Russia as a guarantor of the Assad regime.

But whereas Russia is blamed only for the inability to prevent Assad from fighting in the internationally recognized area of truce, but now it appeared more serious charges in support of this offensive, in violation of the agreements between Russia, USA and Jordan.

However, the United States officially announced the rebels in the South-West of Syria that those should not count on US military intervention in the fighting in the area and invited to plan their actions based on their own strength.

In the Western press do not specify which group holds the towns in the province of Deraa. In the Russian press claim it’s “Hayat Tahrir al-sham”, created on the basis of the radical Islamist group “Dzhebhat EN-Nusra”.

Earlier, the US promised to take “tough appropriate measures” in the event of Assad in the area of de-escalation. However, what kind of action is still unknown. Apparently, neither Assad nor Russia has this warning made no impression.

Israel maintains neutrality in the Syrian issue – according to the official position of the authorities of the Jewish state, it is not involved in the conflict on any side, but provides its own security on the Northern border and prevent the basing of Iranian combat units in Syria.