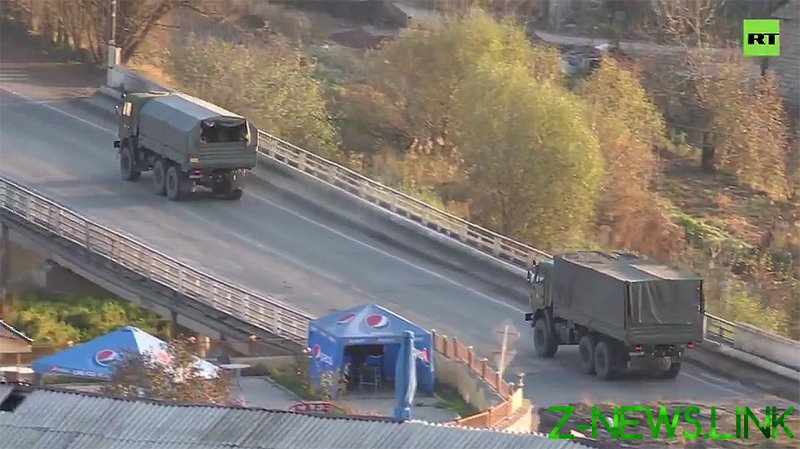 The troops have been sent to the area to keep apart the forces of ethnic Armenians and Azerbaijanis. After a six-week-long armed conflict, the Armenians have been forced to relinquish control over large swaths of Azerbaijani territory that they won three decades ago.

The armistice was praised by Azerbaijani President Ilham Aliyev as “historic,” and as “painful” but necessary by Armenian PM Nikol Pashinyan.

Russia mediated the peace agreement between Azerbaijan and Armenia, which had supported Nagorno-Karabakh’s bid for independence.

A dozen Ilyushin Il-76 transport planes carried the peacekeeping troops, armored vehicles, and other equipment necessary for Russia’s mission. The soldiers will separate the parties of the conflict and guard a land corridor connecting Nagorno-Karabakh to Armenia.