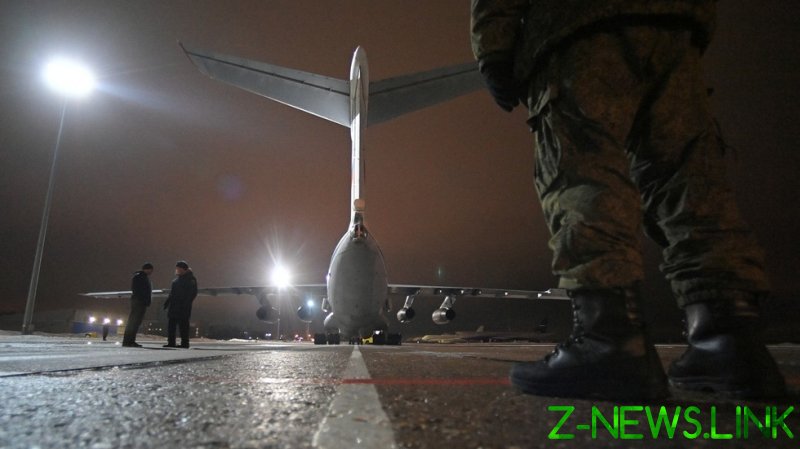 The first plane with Russian peacekeepers on board took off for Kazakhstan early on Thursday, as the Central Asian country remains gripped by violent protests provoked by a sharp hike in fuel prices after the New Year.

Footage of the Russian paratroopers embarking on an Ilyushin Il-76 transport plane at Chkalovsky airfield outside Moscow was posted online by the Defense Ministry’s Zvezda television channel.

Kazakh president Kassym-Jomart Tokayev requested assistance from the Collective Security Treaty Organization (CSTO), late on Wednesday. The CSTO is a security treaty between six former Soviet states: Armenia, Belarus, Kazakhstan, Kyrgyzstan, Russia and Tajikistan. It runs along similar lines to the US-led NATO bloc. Azerbaijan was an original member of the organization upon its foundation in 1994, but withdrew in 1999. 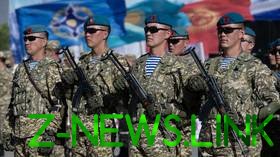 Kyrgyzstan came close to asking for the deployment of peacekeepers in 2010, during clashes between the country’s ethnic Kyrgyz and Uzbek populations, but on that occasion the alliance did not agree to provide military assistance.

Tokayev’s plea followed a day of unrest in the country’s largest city, Almaty, and elsewhere in Kazakhstan, which, according to Tokayev, had been instigated by “international terrorists” looking to undermine the country’s territorial integrity.

Armenia’s Prime Minister Nikol Pashinyan, who currently chairs the CSTO, announced that the bloc had approved the deployment a peacekeeping force to Kazakhstan “for a limited period of time in order to stabilize and normalize the situation.” However, details of the operation have yet to be revealed.

The protests began across Kazakhstan in the first days of 2022, in response to a two-fold hike in the price of liquefied petroleum gas, which the government had been subsidizing, until recently. Initially peaceful rallies quickly turned violent, with Almaty becoming the epicenter of the unrest.

Angry crowds overran government buildings and the airport in the city of two million on Wednesday, also looting shops and banks. Police stations were targeted across Almaty overnight, with law enforcement saying that “dozens of attackers were eliminated.” The Kazakh military was also deployed in the city, engaging in a gunfight with the rioters on its main square.