Home / WORLD / Russian opposition figure Navalny back in court for 3rd time in fortnight, as case over defamation of WWII veteran continues

Russian opposition figure Navalny back in court for 3rd time in fortnight, as case over defamation of WWII veteran continues 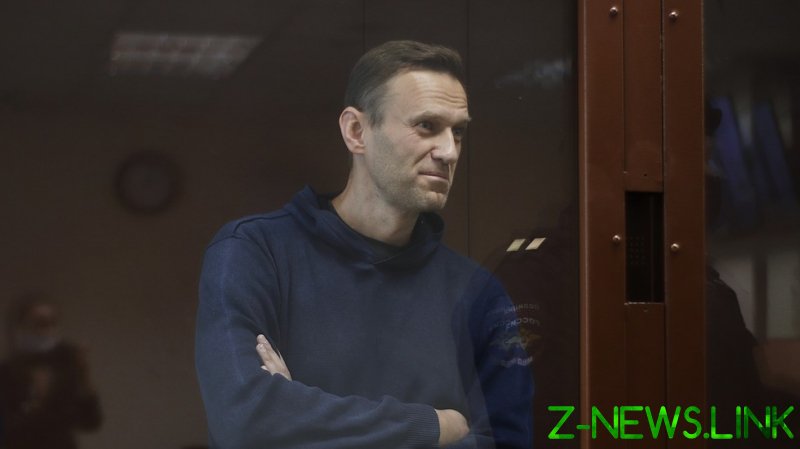 The court hearing comes just ten days after the activist was sentenced to three-and-a-half years in jail, minus ten months already served, after being found guilty of breaking the terms of a suspended sentence, handed down for an embezzlement conviction in 2014.

Navalny is being tried over accusations that he defamed 94-year-old Ignat Artemenko, a former Belarusian Partizan who also fought the Nazis as a member of the Red Army. In June 2020, Artemenko appeared in a video published by RT, encouraging participation in the then-upcoming vote on proposed constitutional changes. The veteran appeared with a group of other Russians from different professions.

After it came out, Navalny called the video’s cast “traitors.”

He was subsequently charged by the country’s Investigative Committee for posting “deliberately false information discrediting the honor and dignity” of a World War II veteran.

The case was first heard last week and it was eventually adjourned after running late. The court session was hindered by a long pause when Artemenko revealed that he felt ill, as well as ongoing issues with a low-quality internet connection. During the hearing, Navalny accused the veteran’s family of using their relative, telling them they would “burn in hell.”

During the session, the court heard testimony from a neighbor of the veteran, his nurse, and his grandson, as well as a “witness” who read the tweet online.

The prosecutor, Yekaterina Frolova, also read out a statement of Artemenko himself.

“I am offended. I am not a corrupt lackey, but a decent person,” the statement read. “I am not a traitor. I have not betrayed anyone in my life.”

The opposition figure’s defense team has claimed the charges are politically motivated, with the goal of preventing Navalny’s participation in future elections.

“Cases are always fabricated against me, but the authorities experience big problems when things come to courts – everyone knows that the truth is on my side,” Navalny said. “I say simple things that everyone agrees with.”

On February 2, Navalny was sentenced to three-and-a-half years behind bars, minus time served. His supporters believe the case to be politically motivated, and the original decision was condemned by the European Court of Human Rights (ECHR) as “arbitrary and manifestly unreasonable.”