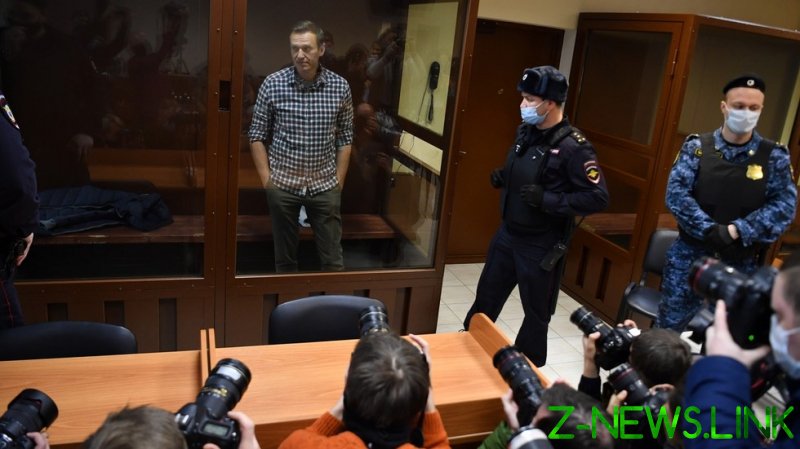 Saturday’s decision came just hours after a previous conviction for embezzlement was upheld, during a hearing which took place in the exact same courtroom, and resulted in the opposition figure facing a two and a half year jail term.

The judge agreed with the prosecutor that Navalny had defamed former Red Army soldier and Belarusian partisan, Ignat Artemenko, by calling him a “traitor” in a post on Twitter in June 2020.

In court, Navalny was allowed a final speech, which he used to tell all those involved in his case that they would “burn in hell.”

“You have used the man as a puppet,” he said, referring to Artemenko. “He is not a living person in your mind. To you and your power, he is just a mechanism, a puppet that you want to use for yourself.” The activist, and his supporters, had claimed the process amounted to a “show trial.”

The charges were filed after Navalny tweeted about a video published by RT, in which the Red Army veteran appeared alongside an ensemble of other Russians promoting the country’s then-upcoming vote on proposed constitutional amendments. In the advert, alongside Artemenko, were actors, an astronaut, and an Olympic medal winner, amongst others.

“Oh, here they are, darlings. I must admit that the team of corrupt lackeys looks rather weak. Look at them: this is the shame of the country. People without a conscience. Traitors,” he wrote on Twitter. This post led to charges that he had posted deliberately false information” about Artemenko.

In court, Judge Vera Akimova rehashed the prosecution’s evidence, including the testimony of Artemenko’s neighbour and nurse, as well as his grandson. She also noted the words of linguistic expert Albina Glotova, who studied Navalny’s tweets and supported the prosecution’s case.

Last Tuesday, when the court heard both sides’ arguments on the case, Navalny’s legal team argued he had simply insulted Artemenko but not defamed him. In turn, the prosecution accused him of “bordering on insanity” for calling a WWII veteran a traitor. Tuesday was the third day of hearing the case, with the two previous Fridays also having long sessions.

The first two sessions saw both the prosecution and defense present witnesses, with Artemenko giving written testimony presented by the judge. During those hearings, Navalny accused the veteran’s family of selling their relative and called Judge Vera Akimova “Obersturmbannfuhrer,” saying that she would look good next to a machine gun.