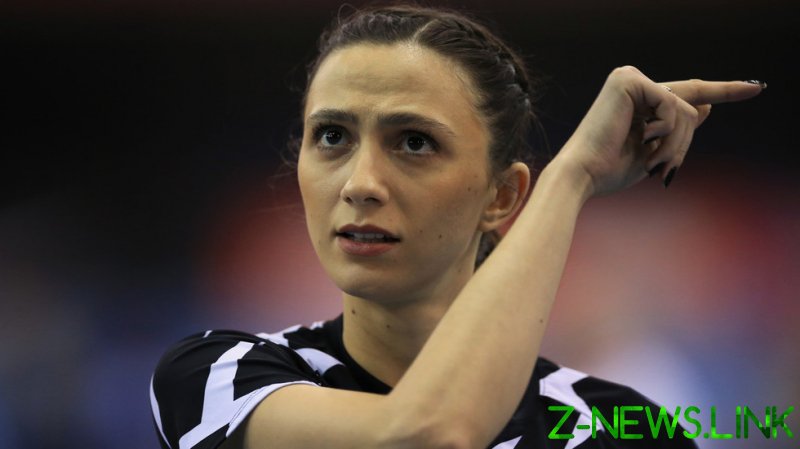 On March 21, Matytsin will discuss measures of support for Russian athletes in the face of sanctions and their right to compete in international competitions being taken away by numerous federations, following an International Olympic Committee (IOC) recommendation made as a response to Russia’s military operation in Ukraine.

Yet according to her husband, Vladas Lasitskas, his wife and Tokyo 2020 gold medalist Lasitskene won’t attend.

“The press release of the Ministry of Sports surprised me, since Masha did not give her consent to the meeting,” said Lasitskas to RIA Sport.

“As a result, she has refused [to attend] this event,” he added.

“She does not need support, she needs the opportunity to compete with the strongest athletes in the world.

“But on this matter, as we see, neither the minister of sports, nor the ROC (Russian Olympic Committee) nor RusAF (Russian Athletics Federation) helped Masha,” Lasitskas finished.

Lasitskene’s decision comes after the Diamond League, where Russian athletes had already been performing under Authorised Neutral Athlete (ANA) status owing to a 2015 doping row, announced a ban on Russian athletes for the “foreseeable future” in line with World Athletics.

“This reflects the practical and logistical issues meetings may face if ANA athletes from Russia and athletes from Belarus were to be invited to compete,” said a statement from the championship, which is set to kick off in Doha on May 13.

Russian athletes have also been banned from taking part in the World Athletics Indoor Championships which start in the Serbian capital Belgrade on Friday.

In protest, 44 Russian athletes penned a letter to their national federation demanding that it delivers an ultimatum to World Athletics, who they accuse of violating its charter and acting with “political basis”.

The athletes gave a deadline of March 18 to receive guarantees they can compete in events such as the World Athletics Championships Oregon 22 in mid-July, or otherwise demanded that an appeal is launched with the Court of Arbitration for Sports (CAS) to “protect the rights of the federation and Russian athletes”.

On Tuesday, World Athletics head Sebastian Coe highlighted that there isn’t “a single sports federation out there that naturally wants to exclude teams or individuals, but this situation was different.

“We absolutely accept that this will set precedents and those precedents will have to be faced individually and sequentially and they will be with us for years,” Coe added, according to the AP, claiming that though the decision wasn’t easy, it was “still the right decision”.