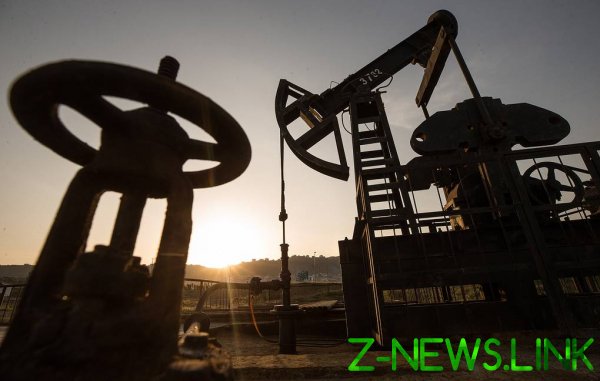 While futures prices for oil hit record since March, keeping the levels between 42 and 44 per barrel Brent, the price of physical deliveries of “black gold” begins to decline as OPEC+ is preparing to increase production.

Russian Urals crude oil began to fall in Europe on expectations that August shipments rise sharply. If at the beginning of July, it cost $ 2.5 more expensive than Brent and sold with a record over 25 years premium to North sea grade, then the last week of the month for the first time since April implemented a discount.

On Monday, July 27, its size was 13 cents a barrel for shipment in the port of Rotterdam, reports Argus. Per day of Urals has fallen in price by 38 cents, while the price of Brent crude in London has not changed.

A little more than two weeks, the price of Urals fell by 2.7 per dollar with a stable futures prices.

The cost of Russian oil under pressure plans for a sharp increase in exports in August. Shipment varieties of Baltic ports in August will rise by more than 50% compared to current month to 880 thousand barrels per day.

While “demand for Urals in Europe remains at a reduced level due to the low profitability of processing”, said Argus. Interest in Russian oil in China was also weak amid high inventories of raw materials in storage.

China actively bought oil spring on the background of the collapse of prices. According to customs, in may China’s imports soared by 19% and set the historical record 11.3 million barrels per day. Additional supplies came from Latin America and the OPEC countries, including Saudi Arabia, Iraq and Nigeria. Purchases in Russia grew by 17.4%, to 1.75 million barrels a day.

As a result, by the beginning of July in China almost no tanks where you would pour the excess oil in storage capacity in mainland China were involved in 69%, just 1% less than the technological limit, which in the industry is considered to be safe, analysts estimated Oilchem China.

The price of Russian oil to the Mediterranean also declined, but less important: the party in the Urals in the amount of 80-100 thousand tons still manages to sell more expensive Brent. The award is kept at 75 cents a barrel.

This is due to the fact that shipments to the South of Europe in August, will not increase so dramatically – by 10%, to 210 thousand barrels a day, Argus said.

The total marine exports of Urals next month will grow by more than 40%, to 1.1 million barrels per day. In July the shipping fell to the lowest in almost 20 years – 770 thousand barrels per day.