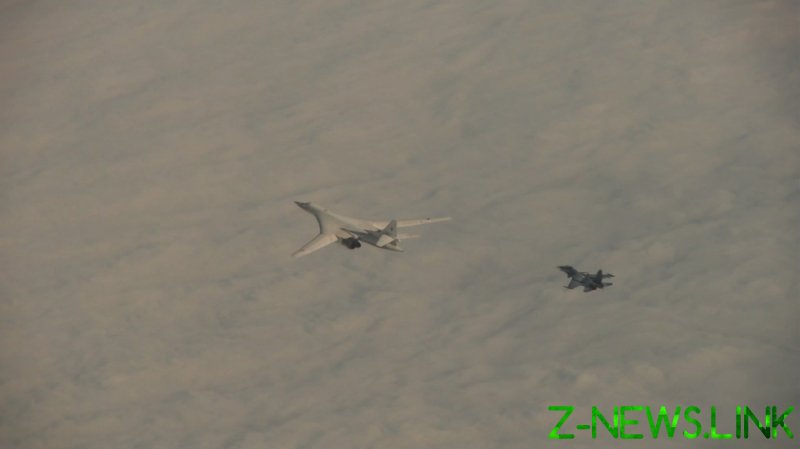 The Russian Defense Ministry published a video of the sleek bombers carrying out their patrol, noting that they were accompanied by a Su-30SM of the Belarus air force, demonstrating a high level of interoperability between the two allies. The mission took 4 hours and 36 minutes, and the bombers traveled more than 3,000 kilometers.

While the military downplayed the overflight as a routine operation, Russia’s deputy UN envoy Dmitry Polyanskiy told reporters in New York that the patrol was “a response to the growing military presence on the Poland-Belarus border.”

Warsaw has deployed over 15,000 troops to the frontier this week, as thousands of migrants from the Middle East attempted to cross over from Belarus and claim asylum. Poland and the EU have accused Minsk of “weaponizing” the refugees and called the attempted crossing a form of “hybrid warfare.”

Russia and Belarus have a union treaty that carries certain obligations, Polyanskiy noted.

If there is an accumulation of military forces on the border with Belarus, we are forced to react.

The Tupolev Tu-160, known in Russia as ‘White Swan’ and by NATO as ‘Blackjack,’ is the world’s largest, heaviest, and fastest bomber, capable of reaching Mach 2 speeds. It can carry 45,000 kg (99,208 lb) of ordnance, including conventional cruise missiles as well as nuclear-tipped rockets.

READ MORE: How thousands of migrants tried to take Belarus-Poland border by storm