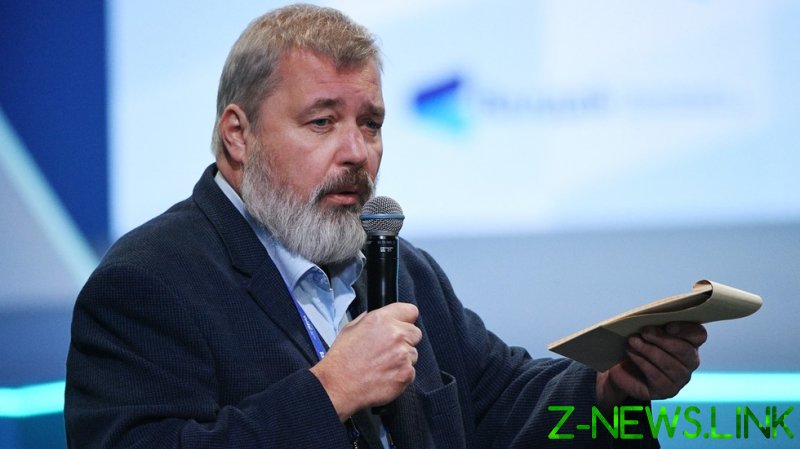 The penalty comes just a month after Muratov was awarded the Nobel Peace Prize in Sweden for “efforts to safeguard freedom of expression.”

The penalties came in response to Novaya Gazeta refusing to note that Alexey Navalny-linked organizations, the Anti-Corruption Foundation (FBK) and the Doctor’s Alliance, had received foreign-agent designation from the Ministry of Justice.

According to Russia’s foreign-agent legislation, passed in 2012, organizations are obliged to mark all their media with a disclosure noting that the statement comes from a foreign agent. Furthermore, whenever any publication refers to a party with the designation, it must also be noted.

Novaya Gazeta isn’t the only publication to be targeted by foreign-agent legislation in recent times. On Wednesday, RBK editor-in-chief Pyotr Kanaev revealed that he had been charged with five criminal offenses for unlabeled references to foreign agents, as well as extremist and terrorist organizations.

According to Mediazona, also a foreign agent, 259 administrative cases have been filed in Moscow courts for violating the law since the start of 2021.