Home / policy / Russian Navy was created before Peter I

Russian Navy was created before Peter I

Remembering history, not bad sometimes to remember the French proverb: “Arguing about the obvious, remember that uncle can be younger than his nephew”. 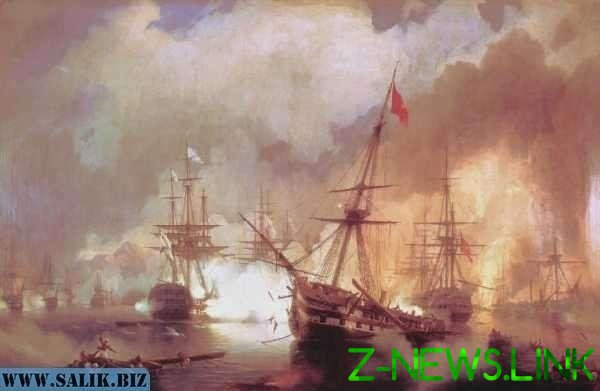 This is especially true of the history of domestic shipbuilding and morphochallenge. Everyone is convinced that “the process started” only with Peter’s phrase: “the Russian Navy be!”, spoken in the Boyar Duma on 30 October 1696 the Magic of these words was so strong that we were able to get in the head nearly three hundred years time. However, as argued more than, the independent expert — the English Admiral and naval historian Fred Thomas Jane:

“Russian fleet, which is considered a relatively late institution, founded by Peter the Great, has in reality no right to the antiquity than the British fleet. A century before Alfred the Great, who reigned from 870 to 901 year built British ships, Russian ships fought in sea battles. The first sailors of his time was they are Russians”.

But to climb in a very remote antiquity reason, probably not. It’s much more interesting to evaluate the Russian fleet at the Hamburg account — it turns out that in those times when Francis Drake looted and burned the Spanish Galleons, and the Caribbean flourished piracy, Russian naval commanders looked decent.

The success of the young king John, which has not yet been called Formidable, while impressive. Pala Kazan, conquered Astrakhan, there came the turn of the Crimea. Application bold — Crimea was under the protection of the Turkish Sultan Suleiman the Magnificent, and the army and Navy was in awe the whole of Europe. However, our threw his power daring challenge.

Royal steward Daniel Adach, under whom were eight thousandth expeditionary force, built at the mouth of the Dnieper ships to the Black sea. By the way, these ships were not primitive rooks. That’s the way they responds to the Genoa prefect of Kaffa (now Feodosiya), Emiddio Tortelli D ‘Ascoli:

“They are oblong, like our frigates, can accommodate 50 people, go to oars and sail. Black sea has always been angry, now it’s even darker and scarier in connection with the Muscovites…”

The Genoese did not lie.

Russian, escaping to the open sea, showed itself in all its glory. Fleet Adasheva imposed on the Turkish battle ships, about a dozen burned, two captured, and then landed in Western Crimea. Khanate frozen in terror — Russian in three weeks, plundered and devastated the coast, effortlessly withstanding a collision with the Turkish Navy. Who knows how could turn the history if John V. is not coveted the Baltic sea — with the beginning of the Livonian war hostilities in the Crimea broke, and the first Russian naval commander Daniel Adasheva was recalled to Moscow. For Stockholm!

In the Baltic sea, our fleet also managed to establish itself. After nearly a hundred years after the Crimean projects John is another king, this time from the new Romanov dynasty, Alexei Quietest, decided it was time to bring on the Northern borders of the order. And in 1656, moved to exempt from all Swedish coast of the Baltic sea — from the mouth of the Neva river to Riga. The success no doubt. The Swedes, accustomed to feel themselves masters of the Baltic, confused — simultaneously with the ground campaign the Russians had a chance to conduct yet, and the sea, and how! Patriarch Nikon specifically admonished “naval officer-commander Peter Potemkin” interesting speeches: “Go for Sveyskoy (Swedish) overseas to the Varangian sea, on Stekolny (Stockholm), and Dale.” That is expected so, on the fly, to master no less, and the capital of a hostile state. Well, the plan was ambitious. And, interestingly, almost feasible.

Potemkin corps consisted, however, only 1 million people, but for him gave more 570 of the don Cossacks-explorers. And they did not disappoint. The court was built, and by 22 July, 1656, Potemkin undertook a military expedition. Stepping out into the Gulf of Finland, he went to the island of Kotlin, where Peter subsequently laid Kronstadt. They found the Swedes. The battle ensued. The result was a Potemkin report to the king: “Polychoral (galley) took sveyskoy people to beat, and the captain Irek DESFire, and outfit (guns), and a banner ena took, and on the Kotlin island latyshskie village carved and burned”. Unfortunately, politics once again took his war hastily turned, and our presence in the Baltic attrocious for another 50 years.The Russians are coming!

In Taganrog, a monument to Peter I with the inscription: “the Founder of the Navy in the South of Russia”. But deserved such a great honor? Because 25 years before Peter’s ships during the Russo-Turkish war 1672-1681., in the Azov sea broke through the squadron under the command of Gregory Kosogova. Ships same famous Governor was not built by some overseas masters, and Russian rozmysl (engineer) Jacob Poluektov. The court went bad.

In any case, the task “to earn one over the Crimean and Turkish banks” they performed perfectly. No wonder the French Ambassador at the court of Sultan Mohammed IV wrote home: “On his Majesty’s several courts of the Muscovites came to Istanbul (!), produce greater fear than the plague.” The actions of a squadron remembered by the Turks for a long time. When 13 years later Vasily Golitsyn moved to your first Crimean campaign, in Istanbul there was a panic.

Muscovites have not reached the Perekop, and the Janissaries in the Turkish capital already raised a riot — nobody wanted to die ignominiously on the “Russian front”. It came even before that, when some Muslim fanatics imagined on the horizon and the terrible ships, they climbed the minarets and panic shouting “Russian go!” rushed down, just to not fall into the hands of “infidels”.