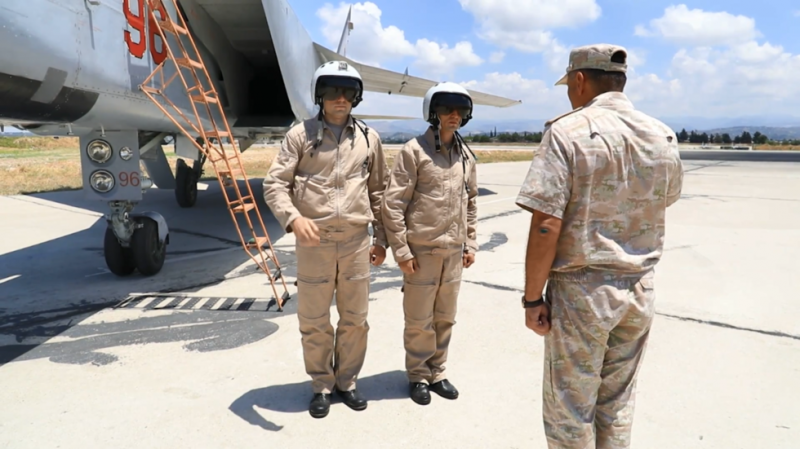 According to the Russian military, the exercise will include five ships, including the missile cruiser Moskva and two Guided Missile Frigates Admiral Essen and Admiral Makarov.

The Moskva is the flagship of Russia’s Black Sea Fleet, and was initially deployed by the Soviet Navy. In the 1990s, it underwent an extensive refit, and in 2000 was relaunched.

The vessels will be accompanied by a pair of MiG-31K supersonic interceptor aircraft, based at the Russian Hmeimim airbase in Syria.

Exercises will take place in the eastern part of the Mediterranean Sea, where Britain’s aircraft carrier HMS Queen Elizabeth is also engaging in war games. The British vessel is accompanied by surface warships, as well as a nuclear submarine and two supply ships. The ship is also carrying American F-35 combat aircraft.

The latest training mission in the Mediterranean comes just two weeks after the Russian Navy launched large-scale military drills in the central Pacific Ocean, involving around 20 surface warships, submarines, and support vessels. This mission, which took place around 4,000km away from base, was aimed at practicing managing a large group of ships far from home.

On Wednesday, the Russian Navy faced its most high-profile incident in some time, when British destroyer HMS Defender violated the state border in the Black Sea, near Crimea. According to Moscow, the coast guard fired warning shots to force the British ship to change course. London has denied this version of events, claiming no shots were fired in the warship’s direction.