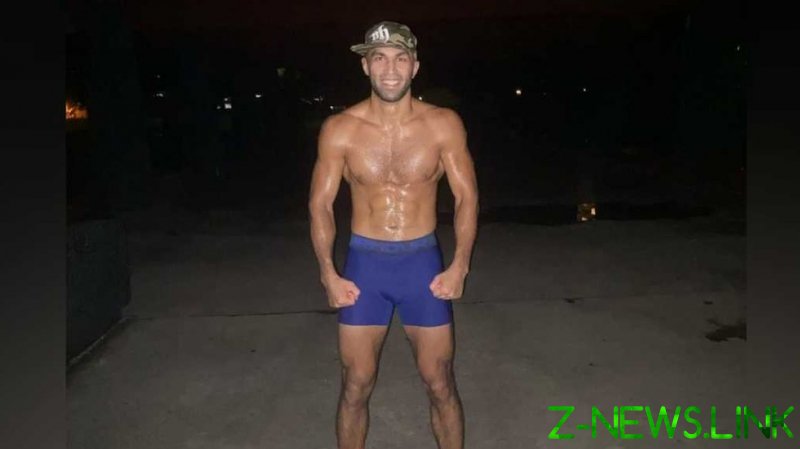 Several media outlets on the US island territory say that Akmal ‘AK47’ Khozhiev was apprehended last week by police in Guam following the dispute in Tamuning.

According to one witness, Khozhiev and Dr. Miran Ribati, who was a radiologist at Guam’s Memorial Hospital, became embroiled in a disagreement at an apartment complex which then got physical.

Khozhiev, a 3-1 professional fighter who was often pictured protesting against mandatory vaccines on his Instagram page, allegedly choked Ribati until he passed out and then used an animal bone from a meal they had shared to stab him in the throat. The suspect allegedly grabbed a knife and stabbed his victim again.

Guam police purportedly found Ribati face down in a pool of his own blood with Khozhiev telling them: “Sir, it’s me, it’s me, I killed him.”

In a statement, Ribati’s hospital praised him for the dedication and skills he demonstrated as a physician.

Yet to those who know Khozhiev, such as veteran ex-Bellator competitor JJ Ambrose, who used to employ the Russian-born fighter at Tamuning’s Steel Athletics gym where Ribati and Khozhiev both trained for years, the news of the tragedy didn’t come as a surprise.

“He was such a great person up until he wasn’t,” Ambrose explained to KUAM.

“We did everything we possibly could to warn people that AK wasn’t AK anymore.”

“It’s very hard ’cause I know when you’re friends with two people and those two people are on the outs, you don’t want to take sides. You want to ride in the middle.