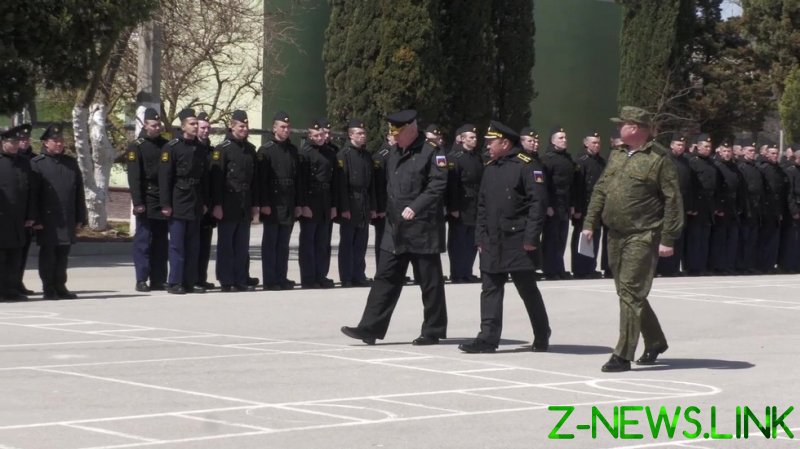 The Russian Ministry of Defense has released a video showing the crew of the Black Sea Fleet flagship Moskva, which sank on Thursday following a fire on board.

The soundless video, which was posted on the ministry’s Telegram channel on Saturday, shows several dozen sailors lined up during a meeting in Crimea’s port city of Sevastopol with the commander-in-chief of the Navy, Admiral Nikolai Yevmenov, and the command of the Black Sea Fleet.

“Admiral Nikolai Yevmenov informed the crew of the cruiser that the officers, midshipmen and sailors would continue to serve in the Navy,” the ministry said in a post. 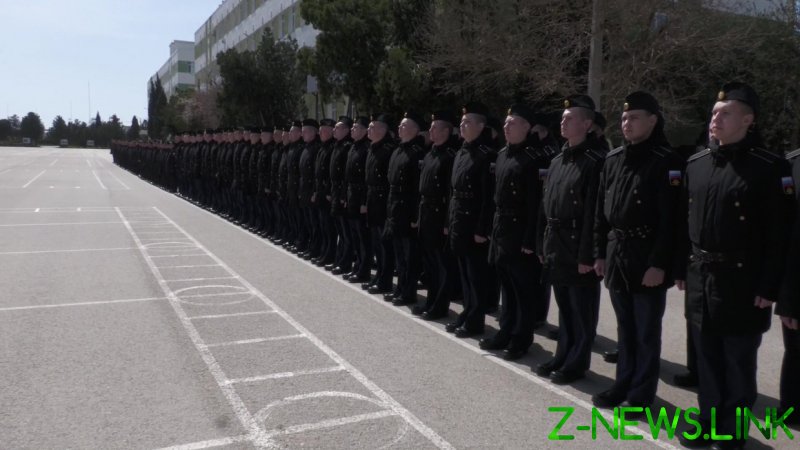 It also assured that “the traditions of the guard’s missile cruiser Moskva would be carefully preserved and continued,” in accordance with longstanding Navy practice.

On Thursday, the Russian military announced that the Moskva sank while being towed to port amid poor sea conditions. The Defense Ministry said that the warship’s hull had been damaged by an ammunition explosion that was caused by a fire on board on Wednesday. 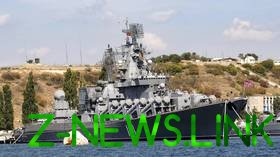 The Moskva was reportedly around 90km south of the Ukrainian port city of Odessa on Wednesday when a fire broke out on board. The Russian military said that the crew was then evacuated by nearby Black Sea Fleet ships and transported to Sevastopol.

The crew count on the ship when the fire broke out has not been revealed. In 2009, when the cruiser was visited in Novorossiysk by then-President Dmitry Medvedev, there were 416 crew members on board, including 38 officers.

Before the Russian military provided its account of a fire onboard the Moskva, Kiev claimed that the vessel had been struck by Ukrainian anti-ship missiles. The head of the Odessa region’s military administration, Maxim Marchenko, stated on Wednesday evening that “very serious damage” to the Moskva was caused by Ukrainian Neptune missiles fired from Odessa. 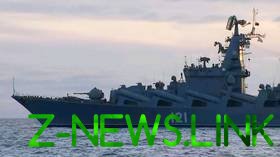 The warship was launched in 1979 and entered service in 1982 under the name Slava. It was renamed in 1996. The cruiser previously provided protection for the Russian forces in Syria