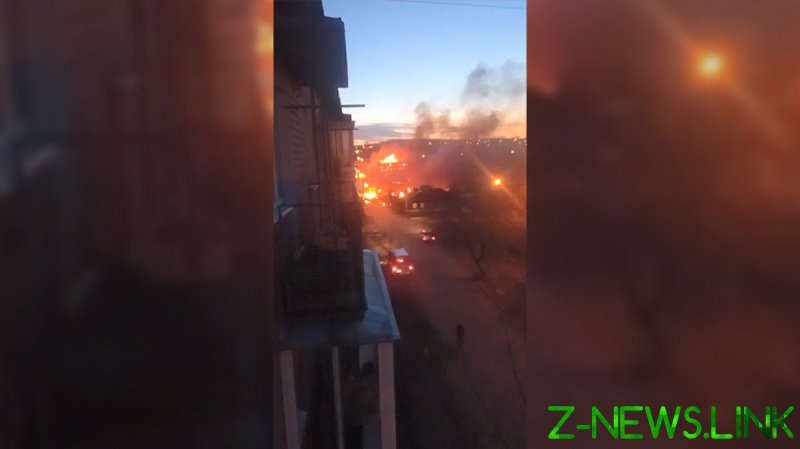 A fighter jet went down in Russia on Sunday, crashing into what is reported to be a house in a residential area. The incident, in the city of Irkutsk in southeast Siberia, claimed the lives of both pilots, Governor Igor Kobzev has confirmed.

The plane crashed into a two-story building, causing a blaze which spanned some 200 square meters, Kobzev wrote on Telegram.

The Emergencies Ministry said that the aircraft was a Sukhoi Su-30 two-seat multi-role fighter, which went down during a test flight.

There were no casualties on the ground as the house was empty at the time, the ministry said. Firefighters have now managed to localize the blaze, it added.

The Investigative Committee has confirmed that the Su-30 was on a test flight, with no ammunition on board.

Home to more than 600,000 people, Irkutsk is the main city of Russia’s Irkutsk Region.

The incident comes less than a week after an Su-34 fighter-bomber crashed into a nine-story apartment block in the city of Yeysk in Russia’s southern Krasanodar Region. A total of 15 people died in Monday’s tragedy, including three children, after ammunition from the plane’s guns detonated.