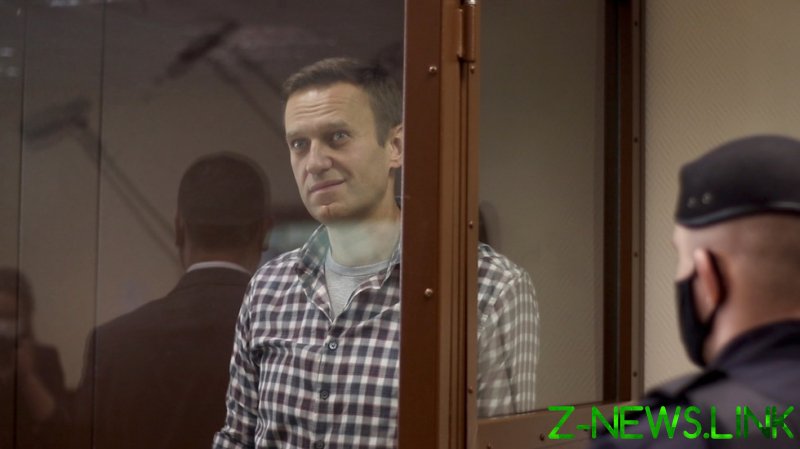 On February 23, Grayzone News journalist Aaron Maté revealed on Twitter that Amnesty International had rescinded jailed Russian activist Alexey Navalny’s “prisoner of conscience” characterization, on the basis he previously “advocated violence and discrimination and has not retracted such statements.”

Within hours, the news outlet Mediazona, founded by members of the Pussy Riot punk collective, published an extraordinary exclusive, duly translated by Latvia-based website Meduza. It claimed Amnesty’s decision wasn’t influenced by Navalny’s past statements and refusal to repudiate them, but in fact resulted from a sinister Kremlin-orchestrated “campaign.” It’s certainly been a highly effective deflection operation, with far bigger outlets – such as British state broadcaster the BBC – uncritically regurgitating the outlandish charge.

The primary foundation of this bombshell claim was vanishingly insubstantial. An alleged anonymous “source” at Amnesty reported to have told MediaZona that “people in different countries” who were “tied” to RT “might” have colluded to pressure the organization to rescind his status. Meduza then amplified this falsehood its English language report, bringing it to a global audience.

This purported person’s suspicion was based on a mere two individuals who filed complaints with Amnesty in respect of Navalny’s categorization, allegedly citing a widely-shared Twitter thread written by journalist Katya Kazbek in their admonitions. It documented his extensive history of virulent hate speech toward immigrants, rampant Islamophobia, and open association with and defense of Neo-Nazis.

Meduza implied that Maté was one of the individuals “tied” to RT involved in the dastardly ploy – on the basis he’s been interviewed on the news network a handful of times over the course of a decade – while Kazbek was directly referred to as an RT columnist – in reality she’s a freelance contributor who wrote a grand total of four op-eds for RT’s website between August and November 2020. Ironically, Kazbek has authored far more pieces for the US state-run Radio Free Europe/Radio Liberty in years past, an inconvenient truth unmentioned by MediaZona and Meduza or the outlets which recycled their propaganda.

Meduza’s English Editor later publicly backtracked somewhat, underlining the article refers explicitly to “people from RT”, “not actions by the organization itself”. Amnesty International has also unambiguously dismissed any suggestions its decision was “response to external pressure” are “untrue”.

“Amnesty decided to re-examine the case and conducted a thorough review of the evidence base. After painstaking consideration, we concluded that we had made a mistake in our initial determination,” the organization stated.

The organization still contends Navalny is being persecuted by Russian authorities for “purely political reasons”, and calls for his immediate release. This was noted in MediaZona’s original article, although seems to have been entirely ignored by the vast army of journalists and pundits who fell hook, line and sinker for the outlet’s disinformation.

Meduza and MediaZona are strong supporters of Navalny, to the extent their coverage of the subject has more in common with activism than journalism. As such, they would have every reason to concoct and amplify an extraordinarily dishonest conspiracy theory in order to whitewash their hero’s dubious past, which he has repeatedly refused to repudiate. Washington (DC)-based Anna Veduta, formerly Navalny’s official spokesperson, was even Meduza’s ‘global outreach director’ between 2016 and 2018. In between the two roles, she worked in communications for elite US foreign policy think tank the Council on Foreign Relations.

The Baltic states, and Russian speakers therein, are key targets of these psyops efforts, funded to the tune of millions over several years, which aim to demonize, destabilize, and isolate Russia domestically and internationally by covertly co-opting civil society across the region. In the process, among other things, numerous journalists, ‘influencers’ and media organizations have been secretly funded, trained and supported by UK government contractors.

One such contractor is Zinc Network, which has a long, deplorable history of propagandizing UK citizens, particularly Muslims of all ages, often with serious real-world consequences.

Both RT and Grayzone’s exposés noted Meduza and MediaZona were named in documents as having collaborated with the shadowy communications company. It stated in a 2018 submission to the FCDO that it was “currently delivering audience segmentation and targeting support” for the two outlets, “in conjunction with data analysts at King’s College London.”

“[They] lack the expertise and tools to understand their audience profiles or consumption habits, and therefore promote content effectively to new audiences,” Zinc Network stated.

The work – said to have involved “weekly mentoring sessions with specialists from the outlets” – reportedly helped the pair “reach broader audiences and create common framings of issues.” In other words, Meduza and Mediazona received surreptitious help at the UK government’s behest, and on London’s dime, to amplify their reach, improve editorial strategies, and agree joint output messaging.

In response to the revelation, Meduza’s investigative editor has publicly attacked both RT and Grayzone’s reporting, dismissing the document’s authenticity, claiming to have been previously unfamiliar with Zinc Network, and rubbishing suggestions the outlet needed outside help to boost its readership.

Requests for clarity on how and why Zinc Network referred to ongoing work with Meduza if it never actually happened, submitted to the platform’s Editor-in-Chief via email, have remained unanswered for days. However, Meduza’s aforementioned Investigations Editor has seemingly admitted publicly that the MediaZona story alleging RT-connected individuals were behind Amnesty’s Navalny decision was indeed revenge for exposing his employer’s clandestine connections with the British state. “Consider us even,” he sneered.

Meduza crops up in several other leaked FCDO documents. In one file Zinc Network drew attention to the case of its reporter Ivan Golunov, arrested in June 2019 on drugs charges, which were dropped mere days later after evidence emerged the case was politically-motivated.

As a result, the company pledged to provide bizarrely intimate assistance, including “counselling and mental health support” to individuals and organizations with which it collaborated, along with “a pool of specialists” to give guidance on “legal training and advocacy, personal safety and training focused around gender issues.”

The same document also promised to “increase search ranking and visibility” of media platforms in the Baltics, by teaching them search engine optimization techniques, as well as “paid search activity for priority phrases” training in order to direct people searching for the phrase “news in Russian” away from RT.

It’s unknown if Meduza has received financial support, directly or indirectly, from Whitehall, but the leaked files indicate the outlet has previously struggled to sustain itself.

In 2016, the BBC’s ‘charitable’ arm Media Action submitted a bid to the FCDO, pledging to partner with the outlet “to build their offering so it’s targeted not only at audiences inside the Russian Federation but also in the Baltics” – it went on to note Meduza was “currently experiencing difficulties in raising advertising funds.”

No such difficulty seemingly bedevils Meduza any longer. Although in a more than slightly hypocritical twist, given the news organization seeks to expose corruption and vested interests, Meduza refuses to disclose who or what ultimately keeps its lights on.