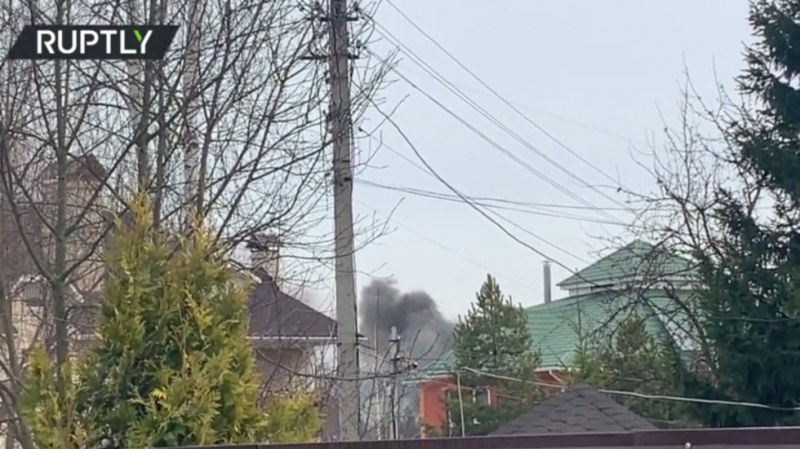 According to Russian media sources, the 61-year-old Vladimir Bardanov trapped himself inside the building alongside his daughter, son-in-law, and their child.

As of 7pm Moscow time, the standoff is still ongoing.

“Police officers presented the suspect’s wife with a court order to conduct a home inspection and entered the property,” said Tatiana Petrova, head of the press service of the Moscow region police. “At that moment, from the window of the house, the man opened fire with an automatic weapon and threw two grenades.”

A special forces officer was injured in the shootout, according to media reports.

Meanwhile, a cordon has been set up around the cottage, and police have used a megaphone to try and convince the man to surrender, but he has not yet given in. However, he did release two of those trapped inside the house with him, while he kept his son-in-law inside.

Citing a source in the law enforcement agencies, TASS news agency revealed that the man set off an explosion, starting a fire inside the property. A video posted on the Baza telegram channel, showing smoke rising above the building, appears to back this up.

TASS also revealed that the shooter is the CEO of a wholesale retail and construction firm, a former convict, and is listed on the Federal Bailiff Service database as owing debt.

Bardanov lives in Novye Veshki, a private, luxury village on the outskirts of Moscow, near the city of Mytishchi. According to its website, “Novye Veshki is a unique space where modern, purposeful and successful entrepreneurs, high-class specialists, civil servants, athletes, pop stars, theater, and film actors live.”