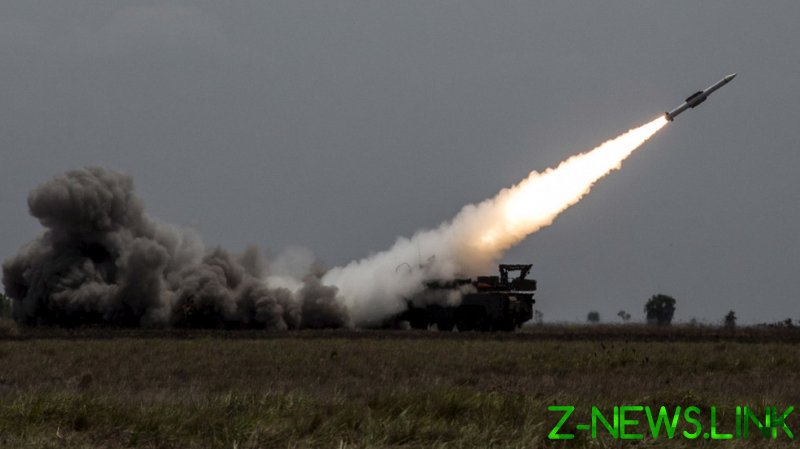 Videos and photos of the intercepts have been making rounds on social media.

It was the second Israeli strike against Syria this week, coinciding with the Muslim high holiday of Eid al-Adha that began Monday.

On Tuesday, four Israeli jets fired eight missiles into Aleppo province, striking a scientific research facility in the town of Safira. Seven out of the eight were shot down, however, by Syrian air defense units using Buk-M2 and Pantsir-S weapons systems, the head of the Reconciliation Center, Rear Admiral Vadim Kulit, said.

For Tuesday’s strike, the Israeli jets had penetrated Syrian airspace through the area of At-Tanf on the Jordanian border, controlled by the US military, the Reconciliation Center said.

The Israel Defense Forces (IDF) have launched airstrikes into Syrian territory for years, with Tel Aviv saying they were a self-defense measure aimed at “Iranian” targets in the country.

Damascus has protested the attacks, calling them acts of aggression. Earlier this month, Russia, Turkey and Iran jointly condemned the “continuous” Israeli attacks as violations of “international law, international humanitarian law, the sovereignty of Syria, and neighboring countries.”