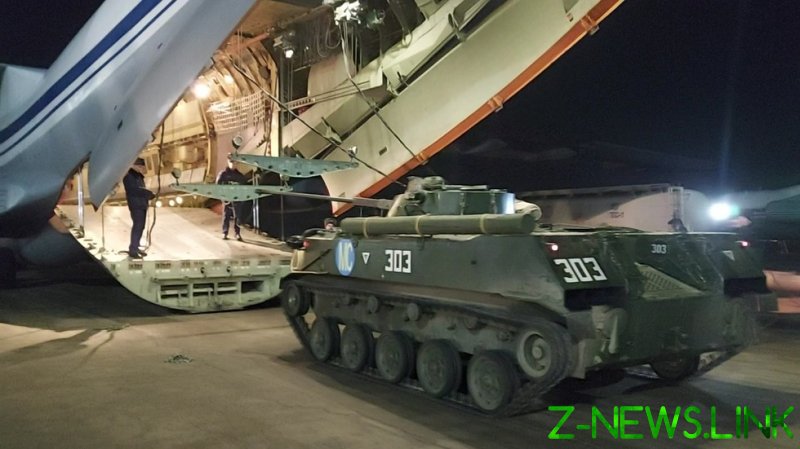 Soldiers from the Collective Security Treaty Organization (CSTO) are leaving Kazakhstan having achieved their objectives, now that the region has been stabilized, the head of the six-member military alliance announced on Thursday.

At a ceremony in Almaty, CSTO Secretary General Stanislav Zas said that Kazakh leaders had decided that unrest had subsided to a level that would allow the peacekeepers to withdraw.

“It’s obvious that [the pullout] was not early,” he clarified. “The situation here in Almaty has been placed under the control of law-enforcement personnel, and that is why the task has been fulfilled.”

“A conclusion was made that the situation had stabilized and the local forces are sufficient,” the chief went on. “The withdrawal of the forces is beginning today, stage by stage and in a calm manner, within ten days or perhaps earlier and will depend on weather. We will return all the peacekeepers home.”

Last Friday, US Secretary of State Antony Blinken suggested that Moscow could have ulterior motives with the troop deployment, saying, “I think one lesson in recent history is that once Russians are in your house, it’s sometimes very difficult to get them to leave.” On Thursday, however, the forces began their withdrawal.

Kazakh authorities reported this week that they had detained around 12,000 people during the demonstrations, and that over 160 people, civilians and security personnel, had been killed. In addition to the rising cost of fuel, the protests were also directed against the perceived failure of the government to deal with widespread economic inequality and provide systems of social support.

In a series of statements this week, Tokayev announced that he will require wealthy Kazakh businesses to contribute to a “national fund” for social services, and promised to introduce new political reforms across a range of areas in September. Kazakhstan “will continue its course towards political modernization,” the president vowed.