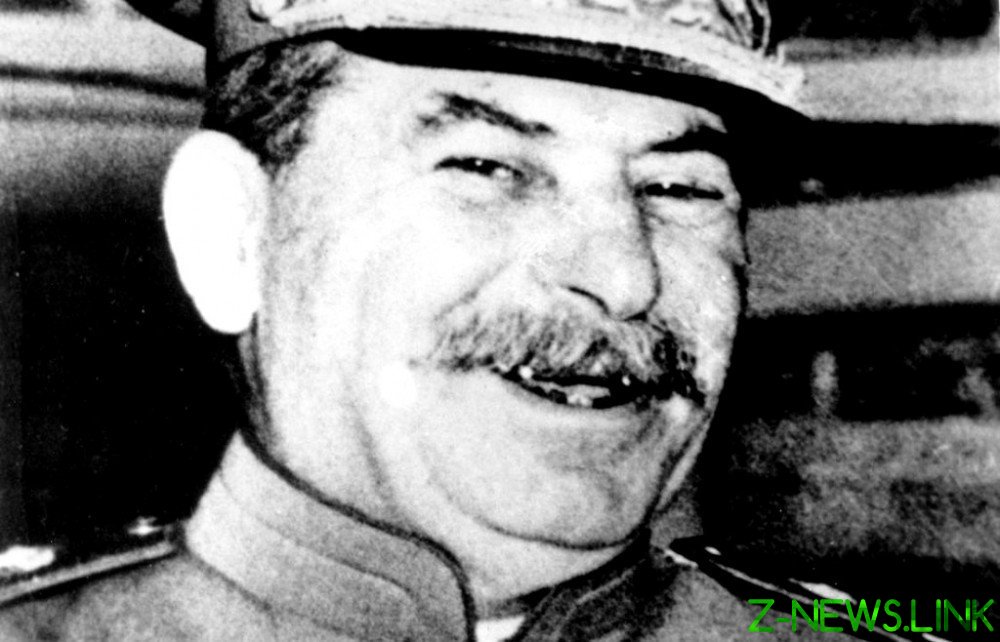 “Every wave of immigration has left on American society is your own fingerprint, each has brought a distinctive contribution to the emergence of a nation and the evolution of the American way of life.” These words of President John F. Kennedy can be fully attributed to the three waves of mass immigration of Russian in the United States. The first wave, consisting mainly of peasants, arrived for a quarter century until 1917; the second, mainly after the civil war in Russia; and the third shortly after the Second world war. And each of them has contributed to economic and cultural progress of the transatlantic Republic, which gave shelter to hundreds of thousands of Russian.

Thousands arrived in the US in the 20-30-ies of XX century Russian engineers, doctors, art workers, hundreds of professors and scientists found here the application of their knowledge, abilities and talents, reflected in the outstanding achievements and brilliant discoveries, enriched in the various fields of American science, technology, and culture. The names of these people were full on the pages of Newspapers and magazines, and about two hundred such names are already before the Second world war appeared in the prestigious publication “who’s Who?” in the United States. But even more important in these decades, according to American historians, played a work of Russian immigrants, their sons and daughters as farmers, miners, metallurgists and workers in other industries.

Among the Russian third wave arrived in, USA mostly from displaced persons camps and from the Far East, also proved to be quite a high proportion of engineers, technicians and various other professionals with higher and special secondary education. Apparently, this circumstance, to ease and accelerate their further social integration with American society, let one of the emigrant leaders of those years – Professor G. Znamensky to say in his speech on the radio, “there is in America is now a region of the human spirit in which Russian the Russian genius and talent did not play an outstanding role.” In the second half of the XX century immigrants of the third wave and their children also contributed to the Further development of economy, science and culture of the United States.

Already in the late XIX – early XX century arrived in the virgin land of America Russian and little Russian peasants, including sectarians stundist, Molokans, doukhobors, as well as the Germans-Mennonites – were brought from the Russian Empire not only for its centuries-old experience of farmers, but the seeds of many crops, well rooted in the local soils and under local climatic conditions. Of course, first, pre-revolutionary wave of Russian immigrants settled in the United States, was, in addition to political refugees and many citizens, including engineers and other professionals with higher education and even research workers. Thus, already in the 70-ies of the XIX century, Thomas A. Edison worked Russian electrical engineer Ladygin. In 1880-ies started over the ocean, his career as a railroad Builder and founder of St. Petersburg, Florida businessman and future Senator of California P. A. Dementiev (1850-1919). In the beginning of XX century, the U.S. employed a Russian agronomist M. I. Volkov and future well-known entomologist A. I. Petrunkevitch (1875-1964). And in the years of the First world war as members and staff of the procurement mission of the tsarist and Provisional governments in the United States were dozens of Russian engineers of various specialities, economists, etc., many of which remain there permanently.

After 1917 Russia, as is known, left thousands of highly educated people, professionals of virtually all areas of natural, technical and humanitarian knowledge. Alone graduate engineers among them, there were about three thousand. For many, especially those who have already received some fame for his work in the field of technology, from the very beginning was characterized by a desire to settle in the USA.

So, electrical engineer Vladimir Karapetov (187?-1948) born in St. Petersburg and graduated from there in 1897, the Institute of ways of communication, has become in the U.S. a University Professor, a consultant to the naval Academy, was awarded with awards and medals of scientific societies, was the author of many books in the field of electromechanics. Engineer A. M. Ponyatov (1892-1986) contributed to the development of the U.S. electronics and has created a large firm ARTICLES with 10 thousand employees. Engineer G. P. Chebotarev (1899-1986) was a Professor at Princeton University, where he worked for 27 years. Mining engineer P. A. Malozemov (1909-1997), who became Vice-President, Chairman of the Board and President of the company “Newmont” and turned it into a company of international class, was awarded membership in the House of fame the mining industry of the United States. Moved from Paris to America, engineer and shipbuilder, V. I., Yurkevich (1885-1964) was the designer of one of the largest liners of the twentieth century “Normandie”. Engineers, shipbuilders N. And. and I. N. Dmitriev and engineer I. A. avtomonov (1913-1995) worked as designers in a number of major American firms. Engineer R. A. Nebolsin (1900-19?) became known, went on to become a specialist in water purification and businessman. Engineer, M. T. Zarochentsev (1879-1963) was a prominent specialist in the field of refrigeration, and the engineer M. A. Tikhvinskiy – famous designer of submarines.

But perhaps the most striking (at least in because of its size) as an example in this respect can serve as a list of names of known Russian engineers, designers, pilots test pilots, inventors and organizers of production, have contributed to the development of American aviation. “Pioneers” among them, who came to the United States in 1918, was I. I. Sikorsky (1889-1972), A. N. Seversky (Prokofiev-Seversky, 1894-1974) and G. A. botezat (1882-1940). However, only after “the helicopter pilot No. 1,” Sikorsky managed to put together the backbone of its future of the company, consisting of designers, engineers and pilots-testers – M. E. and S. E. Glukhareva, B. V. Sergievskaya (1888-1971), I. A. Sikorsky, V. R. Kaczynski (1891-1986), as well as to gather with Rakhmaninov and other Russian immigrants with the necessary financial means, in 1923, in Stratford (Connecticut) was finally founded firm “Sikorsky aviation Corporation”. In her work, and received a degree, many Russian engineers, designers and workers. Here moved such large specialists like Professor A. M. Nikolsky (1902-1963), N. And. Alexandrov, V. N. Of prancing.

In 1926 he founded the company “De Bothezat EDF company” for the production of helicopters, G. A., and botezat (in America changed his name to De Bothezat). The majority of its employees were Russian (including V. A. Ivanov, N. And. The Transit, N. Solovyov). In 1931 on long island (new York) originated by A. N. Seversky firm “Seversky aircraft”, which worked such famous aircraft designers and test pilots, as A. M. Kartveli (1896-1974), who after retiring in 1939, Seversky head of firm, M. A. Gregor. Most of her employees also consisted of Russian immigrants. In 1943, the firm has created a “chase avieyshn company and Strukoff” (and in 50-ies “Strukoff aircaft Corporation”) M. M. Strukov (1883-1974), who employed his sons, A. M. and M. M. Strukova. Finally, in 1953, there was one Russian firm for the production of helicopters – “Bensen aircraft Corporation” created by the aircraft (and the theologian) by I. V. Bencana (1918-1993), where he worked with Russian third wave. In these and other companies has also served on such aircraft designers and test pilots, as L. K. Zakharchenko, V. A. Klykov, B. V. Korvin-Krukovsky (1898-1989), V. F. zakhodyakin has been, T. V. Rylsky and others. About glory of Russian aircraft designers in America speaks volumes and the fact that when you create a new aviation firms financed their faces put a condition that “half of the engineers there were Russian”.

The effect of the second and third waves of Russian immigration on American society was primarily intellectual and cultural. It is difficult to overestimate, in particular, the contribution of these people to scientific and technical progress of their host country, so significant, and traces left by them in the development of various branches of the U.S. science and technology.

No less significant contribution of Russian scientists-immigrants in the field of social Sciences and Humanities. You can name dozens of names of these people who worked in American universities and colleges, research institutes and museums. Some of them (as, for example, M. M. Karpovich, M. I. Rostovtsev) for many years headed the Department of Slavic studies, Russian history and literature at prestigious universities, the so-called “ivy League”. Created Department of sociology at Harvard University and a long time led by the former Secretary of the Chairman of the Provisional government in Russia of Kerensky – P. A. Sorokin (1889-1968). Among his students were future President John F. Kennedy Secretary of state Dean Rusk, the advisers of the President W. Rostow, and A. Schlesinger. “Einstein of linguistics” and the legendary scholar, who read their lectures, depending on the circumstances in English, French or German, called R. O. Jakobson’s (1896-1982), also worked at Harvard University. Among economists, the most well-known Nobel laureate Wassily Leontief (1905-1999).

Describing the “Russian contribution to American cultural and spiritual life”, the American Slavists J. Siskin and I. Ruzhek he viewed as “double – one, so to speak, of the international plan-found and regardless of the influx in the U.S. of Russian immigrants. It is the music of Tchaikovsky and Glinka, Tolstoy, Dostoevsky, Gogol and Chekhov, the scientific work of Mendeleev, Mechnikov, Pavlov, and this contribution found its way into American cultural life without Russian immigration. The same can be said about the dancers – Pavlova, Nizhinsky, Fokine, the singers Chaliapin and Lipkowski, actors – Nazimova, Birth, Believe and many other who has fascinated the American public and influenced American art. On the other hand, it is impossible not to notice the direct impact of Russian immigration…”.

Mass Exodus in XX century from Russia, and particularly in America, scientists, engineers and other professionals in different fields of culture caused very noticeable, especially in the 20-ies, intellectual damage, including scientific-technical and cultural potential of our country. But on the other hand, he shows that the scientific-technical and other cultural works of representatives of Russian immigration to the United States very successfully adapted the scientific American and other cultural communities. And this raises the question – how do we, the Russians, now, evaluate, historically, three waves of mass “overflow” in the United States Russian creative personnel?

One of the recent Soviet emigrants to this kind of question was answered in 1995, not without bitterness: “I am an American citizen. Today, America receives humanitarian aid from Russia, which is not comparable to anything. I misspoke: that America gets it with the influx of Russian emigration, the impact on American science, technology and culture is extremely high. It has tens of thousands representatives of the Russian intelligentsia – scientists, doctors, engineers… America, they are useful, and Russia lost them. Irretrievably”.

In my opinion, we have, first, to comfort (or proud) by the fact that the Russian immigration has enriched not only America, but also world culture in General, and thus, in the context of rapidly increasing globalization, objectively contributed to the progress of mankind; and secondly, to learn, finally, Russia – not “to step on the old rake.”