Home / WORLD / Russian holidaymakers detained by police in Turkey, accused of setting fire to forest while out hiking in dense remote woodland

Russian holidaymakers detained by police in Turkey, accused of setting fire to forest while out hiking in dense remote woodland 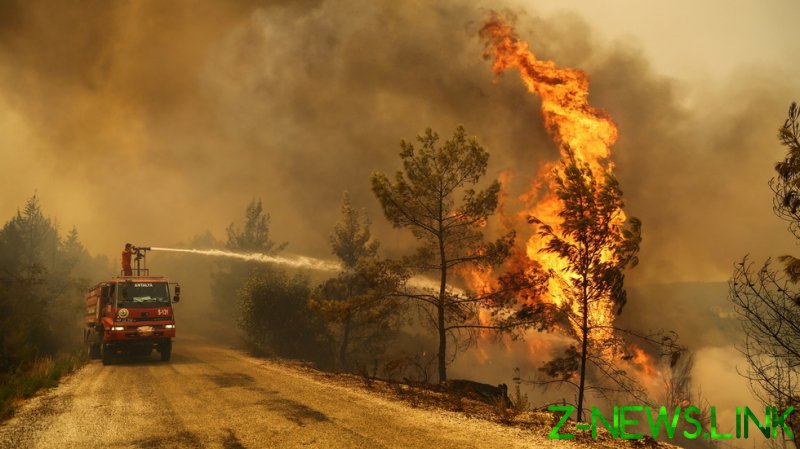 On Monday, local cops arrested the group of tourists after a fire was reported in an area of dense forest in the country’s Antalya province.

The incident occurred on Saturday in the area of Çağlarca, and authorities claim the fire may have been started by a campfire set up by the group while hiking along the popular Lycian Way trail.

“The court made a decision to detain Russian tourists during the pre-trial investigation of the circumstances of the incident,” a representative of the Russian diplomatic mission in Ankara said.

Another six people were also arrested in Turkey in August, on suspicion of setting fire to forest areas, this time on charges of arson. It is reported that police had to step in to protect the suspects, who were already being pursued by angry locals.

Another three people were previously arrested in Bodrum after cops claimed they had been caught throwing lit cigarette butts out of a car window while driving along a stretch of dry forest.

Turkish firefighters were pushed to the limits over the summer battling wildfires, many of them threatening popular tourist destinations around Antalya and Mugla. According to them, around 107 fires required emergency measures. Hundreds of people were injured due to the spreading blazes and thousands were evacuated from their homes.