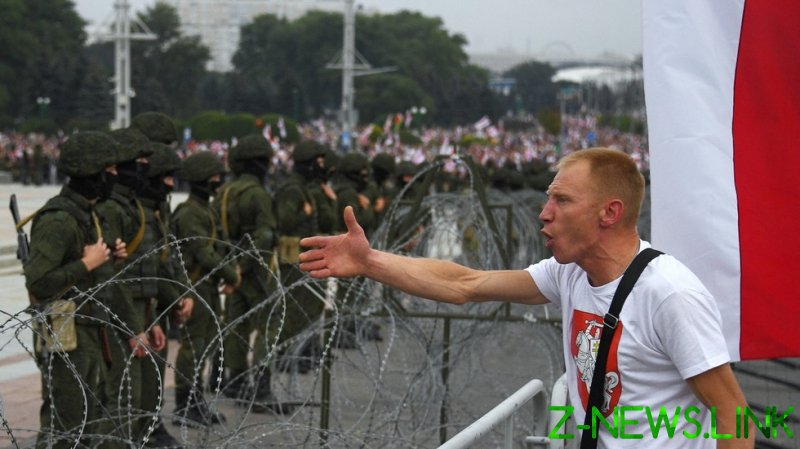 Speaking at an educational youth forum on Sunday, the Russian Foreign Minister touched upon the ongoing unrest in neighboring Belarus. The country is enduring a wave of mass protests triggered by contested elections.

“The Belarusian people will decide for themselves how to get out of this situation,” Lavrov said, adding that there are “clear signs” that the situation there is “stabilizing.”

The Russian FM said a number of Belarusian opposition figures, including Tikhanovskaya herself, appear to be more interested in appealing to the Western audience recently, apparently in an effort to keep the situation inflamed. Still, Lavrov did not rule out that Tikhanovskaya has been “pressured” into such behavior.

“[Tikhanovskaya], apparently was not allowed to calm (things) down, and she began to make political statements, quite harsh ones, demanding to continue strikes, walkouts, protests,” he said.

Mass protests kicked off in Belarus on August 9, following the presidential election in which long-time President Alexander Lukashenko received over 80 percent of the vote, according to official figures. The country’s opposition claimed the result was grossly falsified. Tikhanovskaya claimed victory but then fled the country for Lithuania shortly after the vote.

The first few days of the protests were marred by violent clashes between demonstrators and police, who were accused of using excessive force against the people. Since then, the situation has calmed somewhat and mass demonstrations across the country – both pro- and anti-Lukashenko – are continuing more or less peacefully. On Sunday, massive crowds gathered again in Minsk demanding Lukashenko’s resignation.