Russian fishing trawler with 19 crew on board sinks in freezing Barents Sea: 2 rescued, but 17 missing & feared dead in icy waters 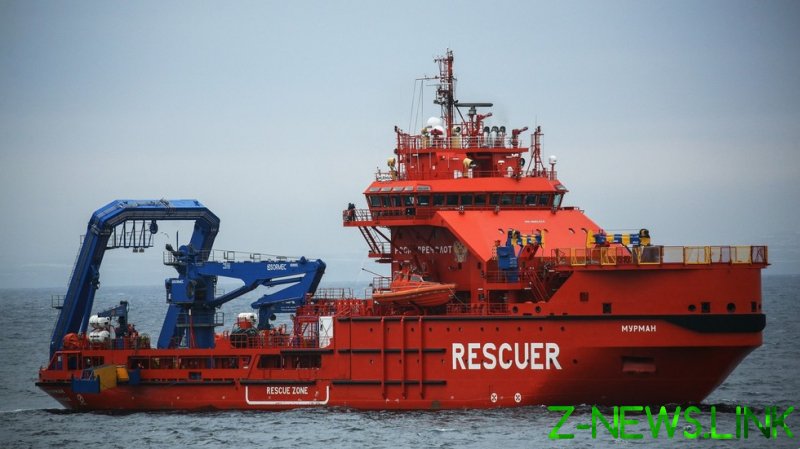 A distress call from the trawler Onega was received by local rescue services early on Monday. Few details have been confirmed officially except that the other boat, which happened to be in the vicinity, had rescued two of the 19-strong crew, but sources have provided some additional information to the media.

According to Russian news agency TASS, unfavorable weather conditions caused heavy icing on the Onega’s hull. Temperatures near Novaya Zemlya are around 0 degrees Celsius, which means rain can turn to ice on contact with objects.

The two rescued crew members were picked up by a factory ship before they were overcome by the cold. Both were wearing drysuits when they were found and are said to be the Onega’s navigator and a sailor.

Three dedicated rescue ships have been sent to the area, but it will take them several hours to reach the location, Interfax, another Moscow news agency, has reported.

The incident happened some 300 nautical miles (556 km) from Murmansk in northern Russia, the Onega’s home port. The trawler is privately-owned and was fishing near Novaya Zemlya before it sank. The archipelago is is composed of two main islands, the northern Sevrney Island and the southern Yuzhny Island. Once used as a nuclear test site, Novaya Zemlya was the scene of the 1961 trial of the ‘Tsar Bomba,’ the largest, most powerful weapon ever detonated.

The weather in the area is bad enough to prevent the use of aircraft for the search and rescue operation, according to public news service RIA Novosti.