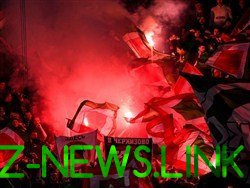 Before the start of the 19th round of the Russian Premier League (RPL) active fans of almost all clubs have announced the beginning of large-scale protests. To her, in particular, joined the fans of “Spartak”, “Locomotive”, “Zenith” and CSKA Moscow — the leaders of the Russian championship and “Dinamo”, “Rubin”, “Arsenal” and “Rostov”.

It was a response to the actions of law enforcement bodies of St. Petersburg that December 1, conducted mass arrests of fans before the match with Zenit. According to media reports, some fans were taken away in the Department of “no way”, although in the St. Petersburg interior Ministry arrests called “preventive measures” and actions of the police once again declared a professional.

“We want to draw General attention to the problem, when Russian fan is perceived not only as a criminal, and the proof can be found in any match in any city of Russia. We want to Express our solidarity to all the fan who were affected by this issue!” — said in a statement the Association of fans of “Zenith” “Landskrona”. They first announced the protest, after which it was published a message from “Fratrii” group of fans “Spartaka”.

In the end zenitovsky ultras left the stadium “Gazprom-arena” at the 40th minute of the match against Dynamo, leaving the banner with the words: “Fan — not a criminal.” Before that, they actively supported the team, and after the match the head coach of blue-white-blue Alexander Kerzhakov thanked the fans of the club. This campaign was supported by fans of “Locomotive” and “Arsenal”, Tula had gone to the arena on the 30th minute of the game. And in a break of a match with “Krasnodar” empty podium, on which sat the CSKA fans. 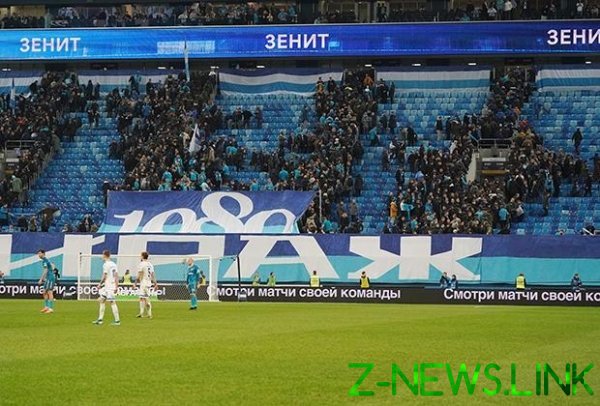 Fans of “Zenith” leave the stadium in the match against “Dinamo”

The red and white fans will attend the match to 30 minutes. In the statement they recalled that incidents of unjustified violence against active fans has arisen many times. “Chain of such events does not look accidental, and suggests that in the police Department, according to the results of any match may be one of us, regardless of age and the club colours. We urge all fans to Express their disagreement with what is happening, to Express their support to all illegally detained fans and show just what can be football without those who so actively lately, fighting the police,” — said in “Fratrii”.

Along with other fans of “Spartacus” in St. Petersburg was arrested Valery Bevz, one of the leaders of the red-white movement and winding fan stands. He received a fine and a ban on visiting matches for half a year. It was he, according to law enforcement, organized persecution of the forward “Zenith” and Russian national team Artem Dziuba. He was subjected to insults during a match against “Spartak”, as well as during the meeting of national teams of Russia and San Marino (5:0) and while playing the 17th round of RPL between “Ural” and “Spartak” (0:0). The attacker chanted, “Dziuba, Dziuba, go ***** [away]”.

Tamer Edgard Zapashny, commenting on the swearing behavior of fans in the stands, December 6, said: “I would riot, “crumbled” to those fans. Have papillomas part of the body. And tomorrow they would be on “you” talked.” In response, fans of “Spartacus” wrote a letter to the UK.

In summer, Russian fans were twice faced with unreasonable and unfairly rigid actions of OMON

“Phratry” recalled that in July this year, the fans of “Spartacus” were brutally beaten by Riot policemen. “We can’t close our eyes to the events that previously happened to us in Rostov, where we are faced with aggression on the part of employees of local OMON. Besides, can’t leave without attention the fact that in such a situation that go beyond the laws, regularly get fans and other teams,” said the Association. The leadership of “Spartacus” also angered unwarranted fan of the “brute force”.

In conflict with the riot police got involved and the fans of “Zenit”. At halftime a group of fans went to smoke, but ran into a fence and tried to push. In the end, the fight began. After the match was prosecuted, in the course of his investigation, arrested several people. 17 more fans attracted to administrative responsibility.