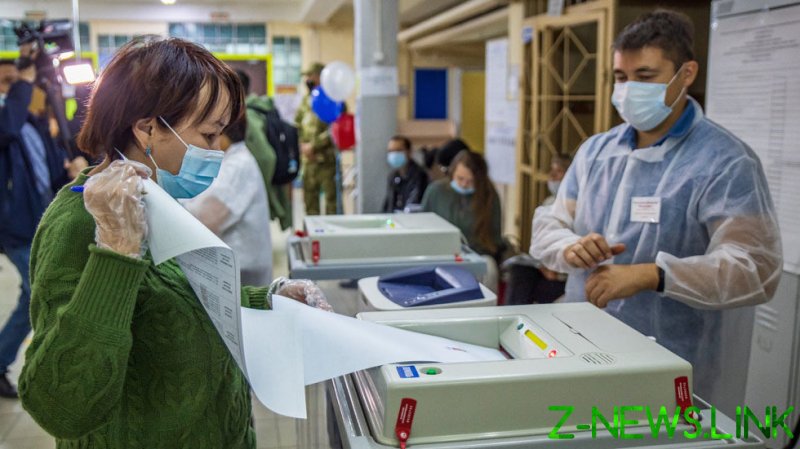 Russia’s constitution is sometimes described as “super-presidential.” It concentrates enormous powers in the hands of the head of state, including the right to appoint ministers, initiate legislation, and issue decrees. While the parliament does in theory have the right to remove the president, the impeachment process in practice makes this extremely difficult. The relatively weak authority of the legislative branch means that parliamentary elections are not as important as in many other countries.

That said, they still matter. Presidents can only do so much by decree. To enact their will, they need enabling legislation, for which they must obtain the consent of a majority of Duma members. If the president and the Duma are at odds, as was the case in the 1990s under Boris Yeltsin, the result is legislative paralysis. The Russian parliament can’t by itself set the political agenda, but it can block that of the president. It’s very much in the president’s interest, therefore, that the parliament be amenable to him.

All signs are that this is unlikely to change any time soon, and United Russia, the main party supporting President Vladimir Putin, will be hoping to maintain its parliamentary supermajority. In the past, those who have remained undecided up until election day have swung behind the party of power. Half of the Duma’s seats are assigned via first-past-the-post elections in single member constituencies. The other half are assigned via a proportional representation system to any party that wins 5% of the total vote.

United Russia has swept the vast majority of the former, but other parties have set their sights on delivering an upset in the latter, this time around.

In the last election, in 2016, four parties won seats via the proportional representation system: United Russia, the Communist Party of the Russian Federation (KPRF), the nationalist LDPR, and the leftist A Just Russia party. None has seen a catastrophic decline in support prior to the elections, but rising prices and flat wage growth are signs of social discontent that could make the result less predictable than many might expect.

One other party – New People – that can be seen as a moderately liberal, non-confrontational party focusing on local issues, is accused by critics of being a Kremlin creation, designed to suck voters away from more radical, anti-government liberal forces. The party denies this, but the charges are repeated nonetheless.

Beyond the five parties mentioned above, another nine are also standing for election. Of them, the Party of Pensioners, even has an outside hope of winning seats via the proportional system. That said, the liberal Yabloko party and the far-right Rodina hope to pick up seats via the constituency elections.

If the KPRF stands to pick up more seats than last time round, as its campaigners hope, it would have to be from United Russia and the LDPR, cutting – but not eliminating – the government’s majority. It’s worth bearing in mind, though, that predictions prior to last year’s local elections echoed this trend, and yet United Russia did better, and the Communists worse, than expected. The result in this week’s elections is far from a foregone conclusion.

Where things may get interesting, next week, is if United Russia attracts more than 40% of the vote. Given expectations to the contrary, at that point many observers may suspect a rat and shout fraud. Some will do so no matter what the outcome, but a result for United Russia that far exceeds expectations will provide more ammunition for the accusation.

In general, Western commentators don’t consider Russian elections free and fair. This is largely because it’s believed that there’s not a level playing field. It is said that the authorities make it difficult for popular opposition candidates to register, that state-owned mass media favours United Russia, and that state officials use their resources to boost the governing party’s campaign. All this allegedly ensures that the result is a foregone conclusion – it’s democracy, but as the saying goes, a “managed” democracy.

This unequal playing field is not the same as electoral fraud in the form of ballot stuffing, falsification of results, and so on. Western academics tend to the view that the Russian state seeks to minimize direct fraud, as it delegitimises the results. That said, minimization isn’t the same as elimination, and suspicions remain that the published results don’t accurately reflect the reality of the votes cast.

American professor Timothy Frye argues that any Kremlin electoral manipulation aims for the sweet spot that guarantees enough votes for victory but not so many as to discredit the process. If the party gets much more than is expected, it may lead to complaints that the authorities have moved beyond manipulating the playing field to outright falsification.

Were that to be the case, it would be a significant shift in behaviour. It’s also not obvious why the authorities would bother. Even if United Russia does worse than the government hopes, at most, it would mean a smaller government majority and a larger Communist opposition. While inconvenient, it’s not something the Kremlin couldn’t live with.

Russia’s political system is actually quite stable, with United Russia as the perennial number one, the Communists the perpetual number two, and a few other hangers-on bringing up the rear. It’s been that way for some 20 years. It’s unlikely to change this weekend.