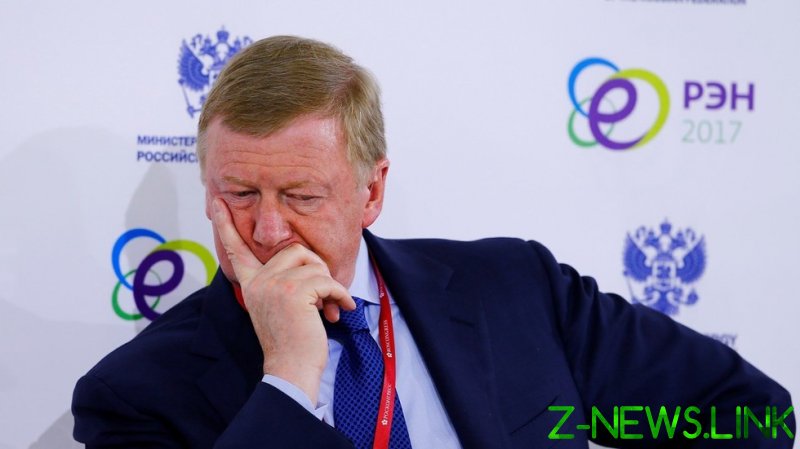 Anatoly Chubais has resigned from his position as the special presidential aide for sustainable development and left Russia. The move by Russia’s economist and long-time official was confirmed by Kremlin spokesman Dmitry Peskov on Wednesday. According to a Bloomberg report citing two sources familiar with the situation, the decision was made due to his opposition to Russia’s attack on Ukraine.

Forbes Russia said it contacted Chubais on the phone, but he dropped the call when asked about his whereabouts. The Kommersant business daily claimed the former official was spotted on Tuesday in Istanbul, Turkey.

The 66-year-old is a controversial figure in Russia due to his role in implementing radical economic reforms during the Boris Yeltsin presidency. They fast-tracked Russia’s transition to a market economy at the cost of plunging millions into poverty while a handful were elevated to the status of oligarchs – wealthy individuals wielding much political power.

Chubais remained part of the Russian government in various capacities virtually without interruption since 1991. He has a reputation as an avowed liberal and a strong proponent of integrating Russia with the West.

The attack against Ukraine launched in late February appears to have put an end to any chance of such integration, with Moscow stating that it will no longer consider the US and its allies trustworthy in any sense.