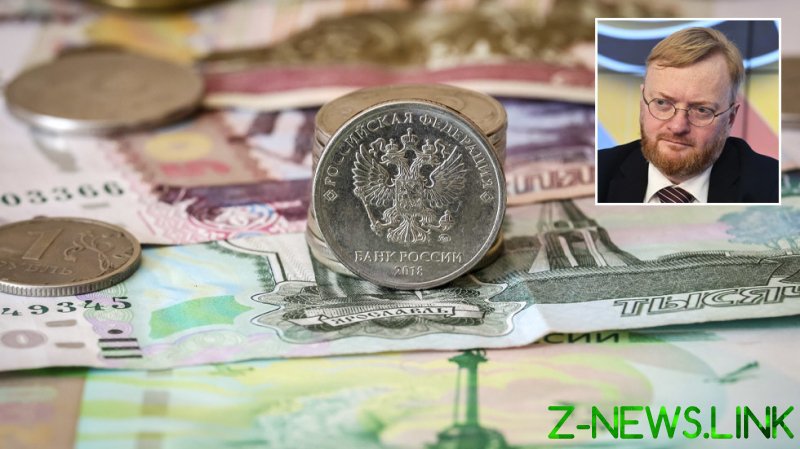 That’s according to Moscow daily RBK, which got hold of the complaint sent to Investigative Committee head Alexander Bastrykin.

News of the letter comes just days after Milonov told radio station Govorit Moskva that debt collectors are “bastards” and “should be deprived of their pensions.” He also said they should lose the right to be Russian citizens and be sentenced to 10 years of correctional labor.

READ MORE: ‘No man would abandon his kids’: Anti-gay MP wants malicious alimony non-payers to be deprived of ‘gender identity’

However, the organization’s complaint is instead focused on a previous episode, when Milonov offered similar opinions on television channel NTV.

“I would take away their passports, deprive them of their pensions and gender identity… They are bedbugs. They are parasites in our society,” he said.

He also called the collectors “scoundrels” and “creeps.”

According to the association, a linguistic and sociological examination of Milonov’s words found that the statements contain “signs of humiliation of dignity,” as well as “insulting collectors as a group of people on professional grounds.”

Speaking to RBK, Milonov slammed the complaint as an attempt to prevent him from publicly expressing his position. He has previously denied breaking any laws and rejected the idea that he incited hatred toward a social group because “debt collectors are not people.”

This is not Milonov’s first brush with controversy. The outspoken MP is most famous for his homophobic views and was the most vocal proponent of Russia’s 2013 so-called ‘gay propaganda law’, which seeks to prohibit minors from exposure to LGBT material. In the time since, he has proposed numerous outlandish laws, including a ban on men walking topless on the street. He also suggested that fathers who fail to pay alimony should not be listed as male on their official documents because “a real man will never abandon his kids.”

Last month, after Chinese video-sharing app TikTok blocked his account, he blamed “foreign sodomites [who] want to once again abuse freedom of speech.”