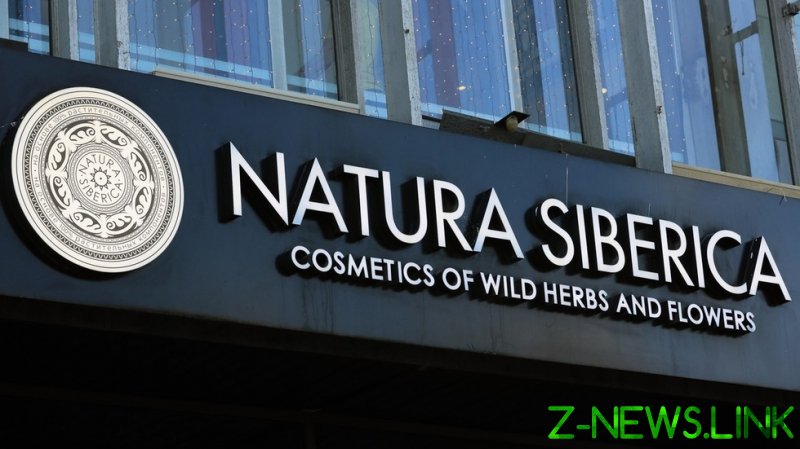 In an open letter issued on its website on Thursday, high street organic cosmetics giant Natura Siberica’s breakaway staff members said that they were in open rebellion against the new management of the company. “We, the employees… express our categorical disagreement with the appointment of Sergey Builov to the post of president of the company and officially declare our refusal to work under his leadership,” the statement says.

According to the disaffected workers, Builov had been hired by the company’s late founder in 2017 as general director, but was let go just 13 months later after reportedly failing to increase sales volumes of its wares, which include toiletries, aromatherapy diffusers, and spa products derived from natural Siberian plants and oils. However, Builov, who previously worked for cosmetics firm L’Oreal, now claims to have been appointed as Natura Siberica’s president as part of sweeping reforms after the man who set it up, Andrey Trubnikov, died at home of unspecified causes in January.

However, the employees, who retain control over the Moscow-headquartered brand’s website and social media, say that no such role exists in the firm’s articles of incorporation, and claim that Builov has revoked their access to the office, disconnected staff from the computer system, and moved to seize documents. According to the open letter, the work of several stores has been disrupted because of IT outages, with the technical support team fighting attempts to take over the network. “The methods of a complete raider takeover of the company this time are so obvious that they cannot be hidden, explained or justified,” the staff said. Natura Siberica’s multi-million-dollar operations now hang in the balance.

In an exclusive statement to RT, the rebeling headquarters staff said that workers had been ordered to come into work by Builov “under threat of dismissal.” According to a spokeswoman, the move came as part of a power struggle over the future of the firm, and co-founder Irina Trubnikova, the former wife of Andrey Trubnikov, had been “blocked” from accessing the company’s premises by the new management.

“This is clearly not being done in the best interests of the company,” the firm’s spokesperson added, saying that some stores had been “paralyzed” by IT outages as a result of the dispute.

The death of Trubnikov, an eccentric and prominent businessman who founded the high-street chain in 2008, fired the starting pistol on a battle for control of his former empire, with four separate claimants coming to the fore of the struggle. The children of the entrepreneur’s third wife claim a stake in Natura Siberica, with legal action having been taken on their behalf.

In April, Trubnikov’s first and second wives teamed up to launch a bid in court to overturn management decisions made at an extraordinary shareholder meeting, and scrap changes made to the founding documents of the firm. They claim that the trustee of Trubnikov’s shares, a nominated businessman named Boris Lyuboshits, was attempting to wrest control of the empire. The announcement that Builov had been appointed as president coincided with Lyuboshits being replaced as the trustee, with the balance of power swinging between Trubnikov’s family members.