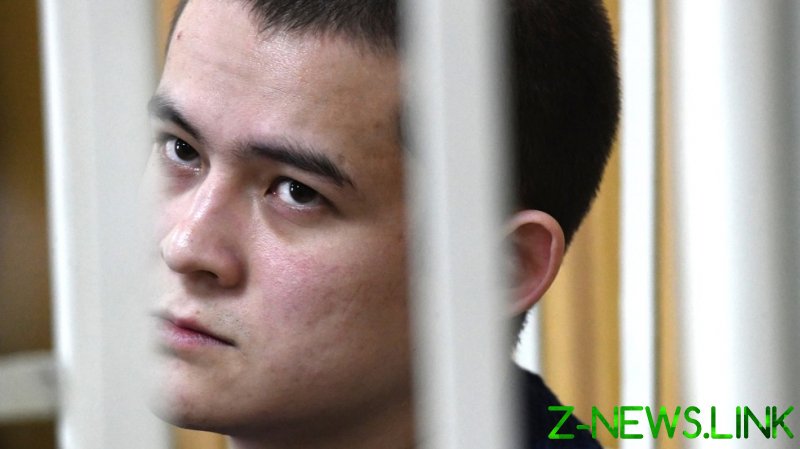 On Thursday, the Second Eastern District Military Court handed Shamsutdinov  a sentence of 24 and a half years in a maximum-security prison colony. He will also have to pay a fine of 9.8 million rubles ($130,000) by way of compensation to his victims and their families.

The attack, at a barracks in Gorny, Zabaykalsky Krai, a remote part of Russia located close to the border with Mongolia, took place in October last year. The base is home to a secretive unit charged with defending nuclear weapons installations. It was reported that, during a firearms training session, Shamsutdinov loaded a magazine into an AK-47 rifle and opened fire on fellow soldiers. A specialist anti-terror detachment present at the base responded to the gunshots within the space of two minutes, and the gunman quietly surrendered.

Defense attorneys had asked for more lenient treatment from the court to reflect what they say was intense psychological pressure placed on the young conscript as part of the training. During the trial, they claimed he had been humiliated by officers, including being deprived of sleep and forced to clean the toilet under threat of it being “wiped with his face.” The treatment is alleged to have been part of a wider culture of “hazing” new recruits in the Russian armed forces, in which most men serve at least a year between the ages of 18 and 27.

However, while the jury acknowledged the need for some leniency, Shamsutdinov’s sentence is only six months shy of the 25 years requested by prosecutors. Relatives of the deceased had previously pushed for a much larger fine of 28 million rubles ($380,000) in compensation. Shamsutdinov’s lawyers called those demands “unfounded,” however, and noted that compensation had already been paid by the Ministry of Defense.

Ahead of the verdict on Wednesday, Shamsutdinov’s father spoke to the Gazeta.ru news site, saying he was unable to afford to travel to hear his son’s verdict in person. “He didn’t shoot those people on purpose,” he said. “He was in an emotional state … From his face, I can tell he’s not happy that he survived.” The case has opened a debate in Russia about the treatment of conscripts.