Russian companies have been asked to cut oil production 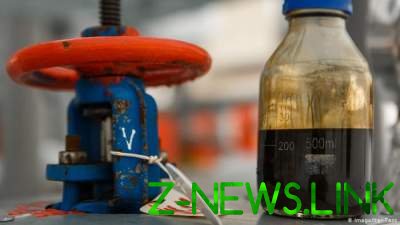 “Transneft” has found a source of oil pollution.

Russia can for a few days to cut oil production by 900 thousand tons.

From the request of the company “Transneft” has addressed to Russian oil firms. We are talking about a production decline of approximately 6.6 million barrels to 7 may. That’s about 10 percent of the total volume of oil production in Russia, the Agency said.

In late April, Russia was faced with interruptions in oil exports through the pipeline “Friendship” because of its pollution. So, on 23 April Belarus has suspended the export of light petroleum products (gasoline and diesel fuel) in Ukraine, Poland and the Baltic States. This decision was caused by the sharp decline in the quality of Russian oil flowing to the refineries of the country, explained the representative of the Belarusian side. The Mozyr refinery has already stated that poor quality oil has led to the breakdown of expensive equipment.

Later Poland decided to use 800 thousand tons of oil from its own stock to offset supplies from Russia.

“Transneft” has conducted an investigation and found that the contamination of oil has occurred at a transit site “Smartasset-terminal”. According to the representative “Transneft”, law enforcement agencies opened a criminal case about the deliberate pollution.