Home / Society / “Russian butcher” turned out to be a teacher

“Russian butcher” turned out to be a teacher

Not had time to subside the big story of Professor Sokolov SPBU, who committed the brutal murder of his beloved students, how our media began to spin a new villain working in free time with children. 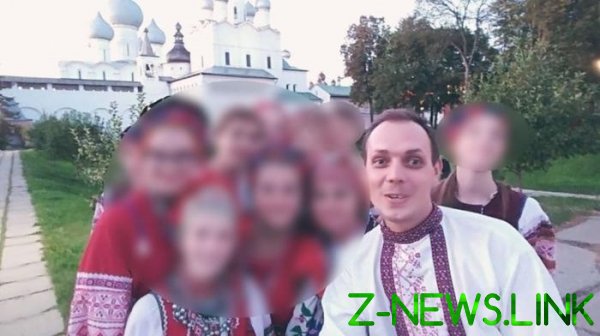 We are talking about the investigation of “Novaya Gazeta” and “Fontanka”, which was devoted to the brutal and inhuman killing in Syria, the video of which is long walks on the Internet. The society condemned the excessive violence on the victim and many are interested in the detail: why the executioners – English speaking, who are they? Understanding the details of the several rollers, the journalists of “Fontanka” came to the conclusion that one of the killers is a resident of Bryansk – Ruslan, 39-year-old man, backed by the experience of participation in hostilities (the Chechen campaign). The author of the investigation of “Fontanka” journalist Alexander Ermakov managed to get on the friends of Ruslan and in his article he notes that:

“They agreed with him in the field of Patriotic education of children, training of youth for military service and promotion of the Cossacks. According to them, in the biography of Ruslana was a single trip to Syria. He returned in the same 2017. Nothing bad to say about him” 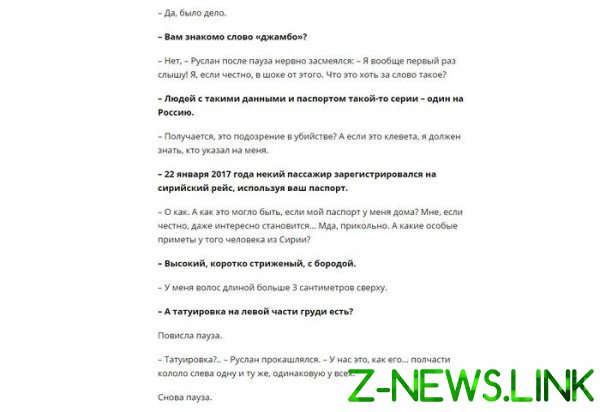 Then the journalist quotes the transcript of a telephone conversation (why not audio?) by Ruslan, inserting comments in the spirit: “Ruslan after a pause began to laugh nervously”. I like the reader immediately there was confusion, why is there no audio? Why write what you can publish in two clicks, and even to insert comments, if everything is clear from the record of the conversation.

The text material has screenshots of the correspondence of the journalist Ruslan, where he denies his attitude to the staff of the rollers – this can be done on the knee for a couple of minutes. The author’s investigation indicates that Ruslan avoids a meeting with him and he’s dodging direct questions. I don’t remember this, that journalists of “Fontanka” stayed for only one correspondence. Had the feeling that the editors decided to hypenate on the subject of Professor Sokolov of the St. Petersburg and to present to the public a “beast”, which is in contact with children in work or free time. 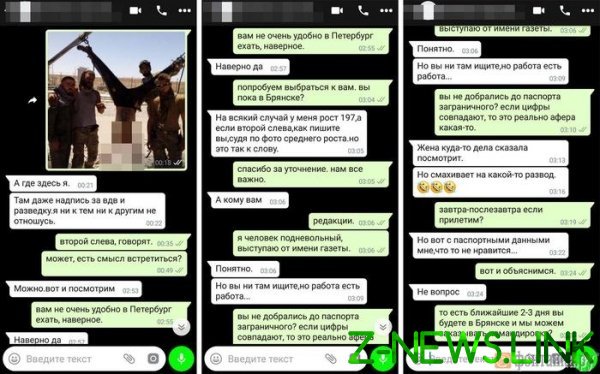 My feeling was confirmed. The journalists of the St. Petersburg other publications were able to get to Ruslan, after the publication of material about him on the “Fontanka”. It turned out that the main character of the entire material has not 197 cm tall as stated in the investigation, but only 170. This is the first important detail, thanks to the growth of video journalists tried to identify the identity of the killers.

Ruslan Nekhaev gave an interview which you can watch on Youtube. In it he talked about what works in school Kalinushka, develops creative abilities of children in the context of folklore and irrelevant to the public-Patriotic education of children has not. The man also said that never had contact with the journalists of “Fontanka”, either by telephone or by messengers. 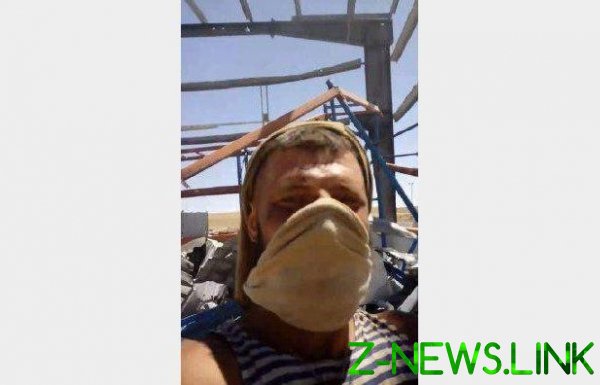 Military training in the life of Ruslan nekhaeva merely passing military service from 2002 to 2004 in the district, he was chief of rolling node and never participated in combat. From the country he left in 2017 together with the students, and not in Syria, and in Moldova, where he spent about 10 days.

Here such here we, the journalists gathered in the investigation, not leaving the office and now we present the fruits of their work, and people in Brjansk mildly “ofigevayu”. Now Ruslan Nekhaev is preparing a lawsuit against “Fontanka” to submit them to the court.