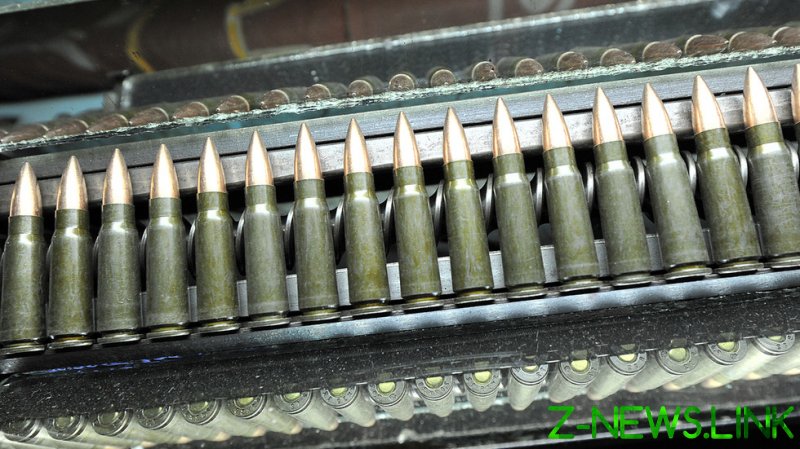 The measures, imposed on September 7, could catastrophically affect Russian manufacturers’ shipments to the US, which exceed $100 million annually. American importers bought more than 765 million rounds of ammunition from Russia in 2020.

The sanctions restrict the “permanent import” of small arms and ammunition to the US by automatically refusing to grant new licenses to American importers who wish to buy from Russia, meaning companies are stuck with their existing deals. According to daily RBK, this could lead to Russian exporters pulling out of the US market completely.

Speaking to Izvestia, expert lawyer Yuri Kapshtyk noted that Russian factories would be able to survive the loss of the American market, saying that almost all are self-sufficient and make lots of money from state orders, as well as other export markets.

The restriction was imposed in reaction to the alleged poisoning of jailed Western-backed opposition figure Alexey Navalny, who is believed by Washington to have been the target of an assassination attempt by the government in Moscow. According to the US State Department, Russia violated the Chemical and Biological Weapons Control and Warfare Elimination Act of 1991, which it used as justification for the sanctions. They are formally in effect for a year but could be extended.

In August of last year, Navalny fell ill on a flight to Moscow from the Siberian city of Tomsk. After a forced emergency landing in Omsk, he was taken to hospital. A few days later, after requests from his family, he was flown to Germany, where he was treated in Berlin’s Charite Clinic. According to the doctors who treated him in Germany, Navalny was exposed to the nerve agent Novichok, and many Western nations have accused the Russian state of being directly behind the alleged poisoning.