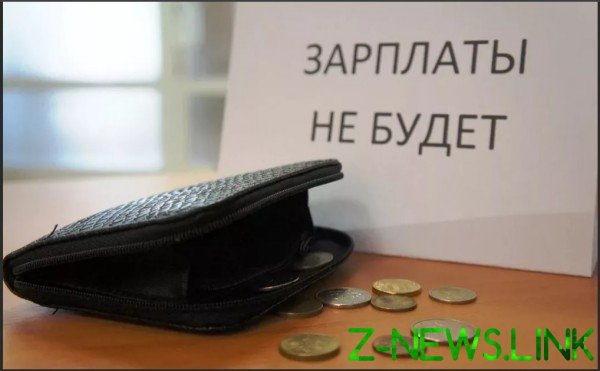 We continue to publish a constant summary of the exploitation of the population due to delays or nonpayment of wages by regions of bourgeois Russia.

Voronezh oblast:
Recently broke another scandal involving unpaid wages. It turned out that the “Ostrogozhskaya Project” did not give the required money to their 47 work. The total amount of debt in total amounted to 1.2 million rubles. The supervisors pointed out that workers have not been paid since December 2019 and January of the current year. Against the Director of LLC “Ostrogozhskaya Project” was instituted administrative proceedings under part 6 of article 5.27 of the administrative code. The company was forced to pay workers in full.

“OOO Ostrogozhsk agro-Project” was registered in 2016. The main activity of this organization is the breeding of dairy cattle. About 30% of the company belonged to OOO “Molokoinvest” (ultimate beneficiary – businessman Alexey Pletnev). Another 25%, according to “Abirega” treated APK, OOO “Milk” (the ultimate beneficiary – the Ministry of Bezzubenko). Finally, 24% belonged to OOO “Ostrogozhskagrokompleks” (beneficiary – Tatiana Bezzubenko) and 20% — OOO “Ostroga farm” (Sergei Dominski). The remaining 1% belonged directly to the Ministry of Bezzubenko.

Saratov oblast:
Bailiffs Rivne district of Saratov region received more than 30 Executive documents on collecting of debts on a salary from one of the local organizations involved in providing services in the field of housing, in favor of the employees in the amount of 345 thousand rubles. In the course of committing the Executive actions it was established the organization has accounts with credit institutions. Of funds to them was sufficient for full repayment of the debt.

Debts under the salary at the largest in Russia manufacturer of trolleybuses “Trolza”, which is the company “PC Transport system” launched the manufacture of trolleybuses, exceed 10 million rubles.
“Trolza” since the beginning of last year is in dire financial condition. From March to November part of the plant was shutdown. Chief engineer of the plant Oleg Strelnikov told RIA Novosti that the launch of production the company requires working capital of about 470 million rubles. According to the regional Ministry of employment, from January to November, the number of factory workers decreased from 695 to 240. The Ministry of industry of the region reported that on 24 December the plant which has accumulated more than 40 million rubles of debts on wages and severance payments to employees, repaid the first 26 million rubles.

Verification of the Prosecutor’s office also found that another two enterprises have wage arrears to the employees. It is about JSC “Saratov Institute of glass”, GUP “Caregivermessage”.
“I want to note that after the measures of prosecutorial response 338 million rubles were paid to employees of organizations, indebted to the earlier wage. But before the end of the issue is not resolved. In region there is a debt in the form of 190 million roubles and it is those at the hearing.
The fact that “Saratov Institute of glass” in January 2020, payable in the amount of 7 million rubles in front of 474 employees.
In the “Caregivermessage” have to pay 1.6 million rubles 76 employees.

Penza region:
Prosecutors in 2019 was able to achieve repayment of debts on a salary of about $ 144 million rubles, restored the rights of more 6,13 thousand employees. In addition, two construction companies Penza — LLC “Gradtechstroy” and “Title” was formed debt on a salary to 19 employees in the amount of 1.8 million rubles.

Ufa:
Director of construction-Assembly organizations suspected of non-payment of wages in Ufa. According to the Investigative Committee for Bashkiria, in the spring of last year 43-the summer Director of the enterprise did not take measures to repay arrears of wages 191 to the employee. However, he knew that such a debt exists. As a result, the company owed its employees more than 25 million rubles.

Tomsk oblast:
Kolpashevskaya city Prosecutor’s office in Tomsk region have inspected the enforcement of labour laws. It is established that at the municipal unitary enterprise “Flame” formed the arrears of wages payable to 26 employees in the amount of 1.2 million rublesth.

Samara:
OOO “bol’verk” owed to employees 29 1.7 mln RUB wages, according to prosecutors. According to the Agency, the debt accumulated in the period October to December 2019. After making the Prosecutor’s submission to eliminate violations, the company has paid 1 million rubles of debt.
Earlier the management of “bol’verk” was arrested on suspicion of fraud (part 7 of article 159 of the criminal code) in the construction of the port of Pionersk of the Kaliningrad region. According to investigators, the company stole 1.6 billion roubles received from the FSUE “Rosmorport” advance.

Orenburg:
The Prosecutor’s office of Pershamajski district opened an administrative case against Director of the local forestry. On an inspection in November 2019 he had not paid the salaries of 5 employees. This resulted in a debt of more than 200 thousand rubles. The fact of violation of labour legislation were revealed a few months ago. In January–February, the head was already brought to administrative responsibility with the payment of fines.

Moscow:
The Prosecutor’s office of the Western administrative district of Moscow conducted an audit on the treatment of 39 workers, OOO “CALL CENTER” about the violation of labour legislation in terms of the order and timing of wage and non-payment of severance pay in connection with the downsizing of the state.
It is established that the employer may to December 2019 systematically violated the order and terms of remuneration of workers. In addition, the compensation for delay in wages under the law, employees are not paid. Final money calculation at dismissal of workers are not fully produced, is not accrued and not paid severance pay and compensation for all unused vacation. After intervention of Prosecutor’s office of the district payable to employees totaling more than 2 million rubles was fully repaid.

Saint Petersburg:
The Prosecutor’s office of the Nevsky district on petitions undertook an audit of compliance with labour legislation Kok, OOO.The audit showed that the organization has a debt on a salary to 14 employees amounting to more than 391 thousand rubles.

A lot of people are now regularly working, creating profit to the owners of the enterprises, but even they could not count on such a trifle as the timely payment of wages. Those measly pennies that capitalists are willing to pay employees, still clamped to the last. If they do not pay at all. Against this background, looks very dull trend towards the decriminalization of non-fulfillment of labor obligations from the “rabotodatelya”. From what we can make only one conclusion: we need to unite workers and to solve their problems. Through mutual aid, the creation of councils and other forms of self-organization. Only then will the majority of workers understand that the capitalist did not need them for life, and can take for the eradication of the system of bourgeois relations and the exploitation of man by man. We will help to accelerate this process, but no one accelerates more than the owners that put their workers in intolerable conditions. Together we are a force.